A parliamentary committee calls for an adjustment of the dinar exchange to 1,300, and is criticizing the budget modifications

A parliamentary committee calls for an adjustment of the dinar exchange to 1,300, and is criticizing the budget modifications 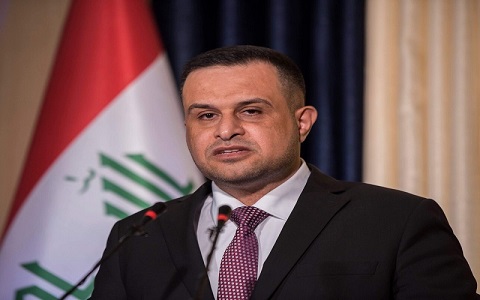 The head of the Parliamentary Committee for Monitoring the Implementation of the Governmental Program and Strategic Planning, Hazem Al-Khalidi, expressed, on Sunday, his surprise at compensating contractors for the increase in the price of the dollar and neglecting the poor segments, calling for an adjustment of the exchange rate to 1,300 dinars.

Al-Khalidi said, in a statement that “the amendments to the 2021 budget included adding an amount of (500) billion dinars as compensation for what it described as the affected contractors as a result of the difference in the price of the dollar on their activities, and this proposal clearly indicates the emergence of the negative effects of raising the dollar exchange rate in a very short time.” .

He added, “It is surprising that the damage and constriction that will affect millions of Iraqis with limited income and covered by the social welfare network and dependent on the meager daily income is not noticed, and they are the first to care and protect from the harm resulting from raising the exchange rate.”

And he called for “restoring the exchange rate to be (1,300) dinars per dollar to protect millions of Iraqis from these repercussions and constricting their standard of living and abolishing Article (56) which provides for the exclusion of the deficit planned in the budget for the year 2021 from the percentage mentioned in the financial management law in force, which does not allow the deficit to increase beyond the percentage 3% ؜ of GDP.

And he considered that “it is surprising that the government demands in Article 57 of the Budget Law not to publish the budget execution instructions in the official gazette, which is incompatible with transparency and making information available to supervisory authorities and public opinion.”