Parliamentary integrity estimates the amount of money smuggled out of Iraq

Parliamentary integrity estimates the amount of money smuggled out of Iraq 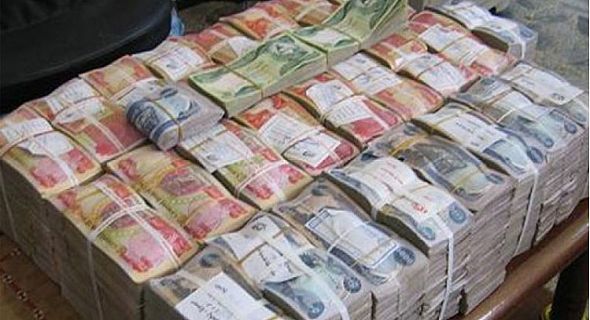 The Parliamentary Integrity Committee announced, on Monday, that the volume of money smuggled outside Iraq is estimated at 350 trillion dinars.

Committee member Taha Al-Dafa’i said in a statement carried by the official news agency, that “the government formed a committee to combat corruption, and this committee worked during the first days in a clear and significant way, but it retreated during the recent period due to political pressure, as it was accused of various types of accusations.” “The continuation of its work, and the investigation of more important cases such as corruption files that are rampant in some ministries.”

He pointed out that “the money spent after the year 2003 is estimated at a thousand trillion, and it includes the budgets of the operational and investment ministries, as huge sums of money were wasted in contracting cases, as well as the corruption that was rampant in most of the contracts contracted by the ministries and governorates.”

He continued, “We did not touch any clear project that was completed in Baghdad or the provinces, and most projects were referred to impeccable companies, and they were dealt with at the worst commissions, so the works were not completed, and the money remained on simple projects, but we did not see strategic projects as main roads and fast bridges.”

He pointed to “smuggling of up to 350 trillion dinars outside Iraq during the past years, all of them through fake receipts,” stressing that “most of the money smuggled out in this direction outside Iraq, with much of these commissions that some officials were getting.”