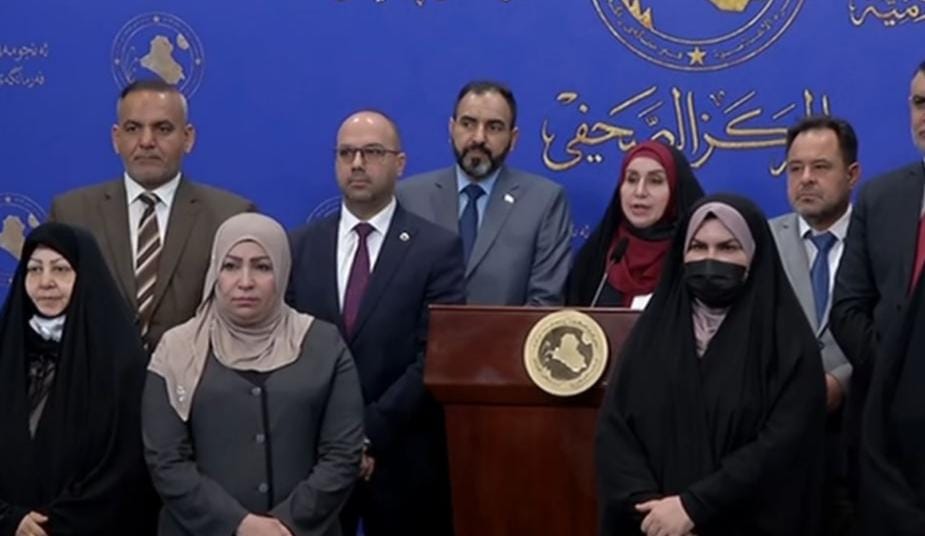 Shafaq News / On Thursday, the Saeroun bloc confirmed a parliamentary effort to amend the 2021 Budget Law, while the government called for electronic linking of banking companies to control the currency market.

The representative of the Sairoun bloc, Majida Al-Tamimi, said in a press conference held at the parliament building with the participation of the bloc’s representatives and attended by the Shafaq News Agency correspondent; It was supposed to follow a customs policy to support domestic production and not reduce the value of the dinar against the dollar, indicating that the decision to reduce the exchange rate of the dinar caused many repercussions, especially those with limited incomes.

Al-Tamimi added: We will take the necessary measures with our partners by amending the budget law to conduct transfers, and we call on the government to connect all banking companies with an electronic link to control the currency market.

It indicated that there is a need for the Central Bank to launch development initiatives to preserve the dollar exchange rate.

She called Tamimi; The government to take the necessary measures to deal with the Central Bank’s decision, stressing that the government must import food and commercial items and pump them into the ration card items.