Deputy: Dealing with Iraqi Kurdistan as a separate country opens the door for US intervention

Deputy: Dealing with Iraqi Kurdistan as a separate country opens the door for US intervention 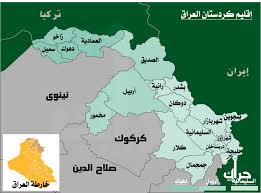 The deputy of the Saeron Alliance, Riyad Muhammad, confirmed, on Sunday, that dealing with the Kurdistan Regional Government of Iraq as a separate state from the federal government opens the door to US interference in internal affairs.

Muhammad said in a statement to “the information”, that “the principle of dealing with Erbil as a separate country from Baghdad leads to negative things, most notably the American intervention in internal affairs,” noting that “dealing must be according to entitlement and commitment, and without that leads to problems between the two parties.” .

He added that “the president of the republic, Barham Salih, is supposed not to represent a specific component, but rather to everyone, and his recent statements about the borrowing law are political, and this matter is not correct,” noting that “previous governments failed to establish a correct economy and this led to more foreign interference in the country.”

The deputy of the coalition of Iraqis, Hassan Khatti, confirmed, last Wednesday, that the Kurdistan Regional Government exports 480 thousand barrels of oil daily, other than the declared value.

Earlier, the head of the Rafidain Parliamentary Bloc, Yonadam Kanna, confirmed that the Kurdistan Regional Government is still not committed to paying its owed oil money and border crossings.