A former official: 66 trillion dinars, the size of salaries in the budget of 2020, and a triangle of death facing Iraq

A former official: 66 trillion dinars, the size of salaries in the budget of 2020, and a triangle of death facing Iraq 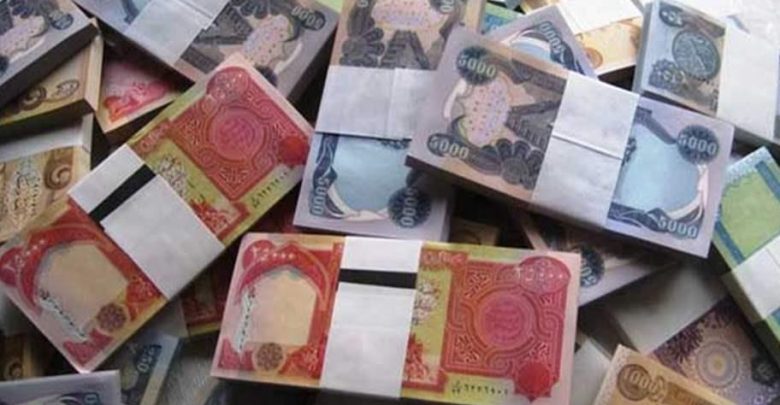 BAGHDAD – Mawazine News
, the former head of the Financial Supervision Bureau called Abdul Basit Turki, the House of Representatives, to support the government in expediting the approval of the 2020 budget, stressing that the financial damages could increase if its approval is excluded. He pointed out that the size of salaries in the 2020 budget is 66 trillion dinars.
Turki said in an electronic lecture delivered to the Future College, that “excluding the approval of the General Budget Law represents the absence of a license to dispose of public money, so the government must issue the 2020 budget, and parliament must approve it, regardless of its negative aspects, it is less harmful than not issuing it.”
Turki added, “The exceptional or monthly budgets that are being talked about are not a substitute for public budgets, as the first type deals with the exceptions that are received during the exchange of abnormal conditions experienced by the public finances,” expressing his fear that “spending for this year will continue without a law.” Arbitrage”.
He explained that “one of the things that led to the budget deficit is the mechanisms of managing public funds in Iraq and setting plans related to the budget, so it is not permissible to go in a continuous direction towards expansion in an oil country where you can talk about planning, as the budget must be placed on the basis of expenditures and then The ladder outlines the basic needs that the government and financial administration must cover and which it is obligated to put in place an actual plan that can be implemented, describing the general budget in the country that it comes to meet the requirements of political forces and not the needs of the society that looks to the future and plans for it, as it is a political par excellence and not economic or future That is why it has led to exceptional inflation in the payroll sector. ”
The former head of the Financial Supervision Bureau referred to “the size of salaries in the 2020 budget, which amounts to 66 trillion dinars, after it was in 2019 (56) trillion dinars, meaning that the government has turned into a staff administration and not a management of public services, while facing the government, administration and society At the present time, the problem of the deficit in the required financing, and the solution is not to reduce spending, but to rationalize it and spend it with its right front, warning of the economy going to a “fatal unemployment” in society, and reaching a stage in which social relations explode due to the recession, where unemployment is the worst machine for creating killers and killing opportunities The spread of all sins in society, and if it can be tolerated by one today, but after a while when thousands of young people hang out in the streets, we will not be surprised by the presence of violence and gangs anywhere and under any name. ”
Turki criticized “the dumping of the Iraqi market with imported goods in an exceptional way, which put the state in front of two options either to expand employment to enter in the field of expansion in the operation of continuous elements of persuasive unemployment that is not produced in the state departments but possess income, or go to the contribution of the private sector and seek to revitalize areas Investment and this requires them to spend at least or an expansion in spending. ”
He pointed out, “The government is moving towards borrowing from banks and deducting the bonds from the central bank to secure the salaries of employees for the first stage, which means that the public authorities are forced to continue with the mechanism itself, meaning that the size of the deficit will double and the budget continues to reproduce its problems,” expecting the budget to continue with a real deficit that we faced in Budgets prepared after the year 2014, so there is no front of the authorities responsible for administration except to change the Iraqi dinar exchange rate, which is one of the foundations of the economy’s problems and on the basis of which public expenditures are calculated in the general budget through an integrated economic and monetary financial plan with an economic impact, regardless of all Allegations that this will lead to price inflation. ”
Turki stressed that “the window for selling currency cannot be abandoned only when the Iraqi economy becomes a product, and leaves dependence on external import only, that is, when domestic production is sufficient, at least, to cover the needs away from dumping in imports”, warning that “Iraq has not Throughout the past years, it is going through a crisis as it is currently to achieve the achievement of the distribution of salaries, and obtaining the salary for the next month is a historic achievement. ”
He pointed out, “Investment opportunities in Iraq are exceptionally open, but there is a death triangle that puts obstacles to its rise and development, which is corruption, quotas and violence, and the political will to break the sides of this triangle has become a necessity for success during the next stage.” End 29 / A 43