Parliamentary solutions to get out of the financial crisis in Iraq

Parliamentary solutions to get out of the financial crisis in Iraq 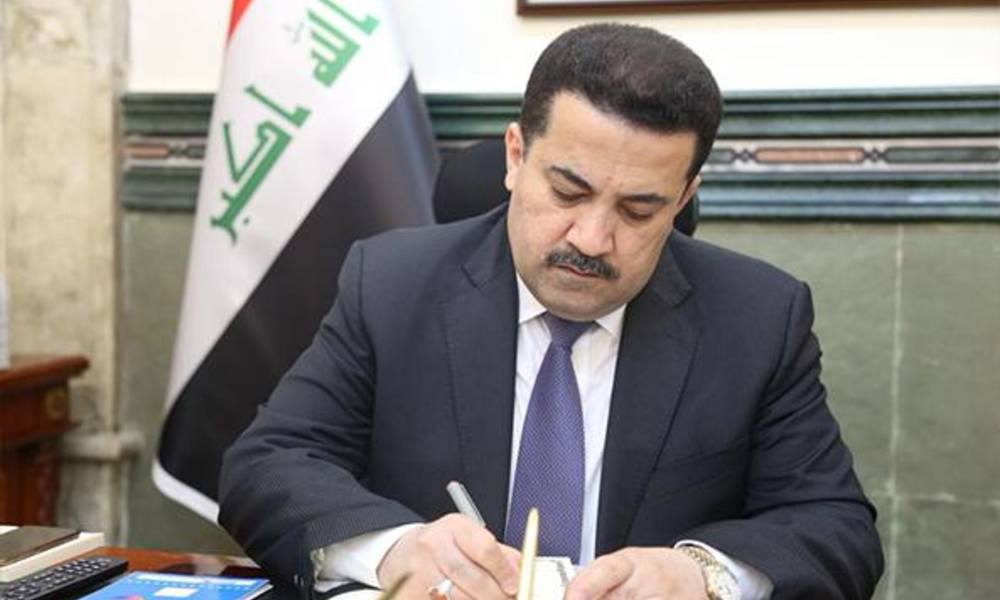 BAGHDAD – Mawazine News
, the independent deputy, engineer Muhammed Shi’a Al-Sudani, on Tuesday presented solutions to get out of the financial crisis in Iraq.
“In light of the challenges facing the country, the government has a number of urgent measures in place to enable it to fulfill its obligations, specifically in front of employees, retirees, social welfare, processing of the ration card and the crisis cell benefits in relation to confronting the Crohna virus,” Al-Sudani said in a statement. “.
He stressed that “the important part of the economic reforms is to collect customs tariff fees and protect the product while controlling the window for selling the currency from the central bank in which the sale reached large numbers, including 240 million dollars sold in one day,” asking, “Who directed this money? And what imports?” Could it come to Iraq in light of the economic downturn that the entire region is going through? Why are there no tax and customs deductions before the dollar is spent to secure the right of the state? It is not possible to sell the dollar without revenue to the state’s treasury and without withholding fees and taxes. ”
Al-Sudani pointed out, “There is another economic perspective, which is we have made sure that the agricultural and industrial private sector does not rise in light of imports from official and unofficial outlets and in the absence of full control over the ports and the absence of standardization and quality control of the goods entering and in the absence of taxes and fees. From them, it is certain that the prices of imported goods and products will crowd out the national product, and this all requires reform steps to maximize revenues. ”
Al-Sudani noted that “the oil derivatives and the extracted crude oil that is given to the distribution companies and refineries ends in the oil derivatives provides large amounts of money that went to the Ministry of Oil whether to distribute profits to employees or to carry out projects of social benefit; therefore, and in light of the current financial conditions, you should invest This money, which amounts to 8 trillion dinars, in the event of controlling oil revenues by setting the rate of 10% of the cost of extraction and $ 8 of liquidation and up to 5% for distribution with the granting of hooves, there are 8 trillion dinars that can be saved from the revenues of oil derivatives without raising the price of oil products to the citizen These are available revenues that were not directed to the citizen, and it can provide quick revenues in addition to reducing the salaries of the three presidencies from ministers and representatives and special degrees and stopping the disbursement of allocations granted outside the laws. ”
He continued, “There are judicial orders against mobile phone companies, Asia Cell, Atheer, and Korek to pay what is up to a trillion dinars, and these measures are supposed to be implemented to collect these funds, not to mention the existence of real estate controlled by the state from political parties. Or sell it at the prevailing market price and this increases the state’s treasury imports, ”pointing out that there is a“ required procedure which is controlling the financial balances of the state’s departments and not releasing any amount except in accordance with the recent directions of the government regarding the rationalization of spending. ”
Al-Sudani warned of the need to “push towards effective and real steps regarding encouraging the agricultural and industrial sectors by placing the import curriculum at the table of government producers from companies of the Ministry of Industry as well as private and mixed sector companies and identifying the goods that can be produced so that the government can issue a decision to prevent their import as well as review the calendar Agricultural activities to ensure the preservation of local agricultural products, spare farmers the damage, close the ports and fully control them. ”
Al-Sudani stressed “the importance of activating the steps of the central bank in granting loans to agricultural, industrial and residential banks, as well as lending to young people looking for work, while loosening the terms of the loans and defining them with the project’s guarantee.”
And that “internal borrowing will secure the salaries of employees. As for external borrowing, which is set at $ 5 billion, it must be invested to complete development projects, including investment projects for burned gas and the development of the Basra gas project with the Shell Company, which contributes to providing what the power stations need instead of buying Iranian gas with amounts that exhaust the budget. Other imports to the budget, and there are projects related to petrochemicals and fertilizers that can bring large sums of money to the state’s treasury, not to mention its benefits to society by advancing economic development. ”
He stressed, “Directing loans to these projects will put the reform process in the right direction.” Ended 29 / A 43