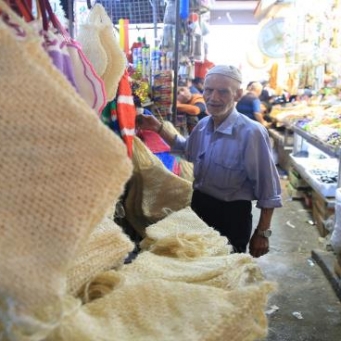 After the stability of the Iraqi dinar exchange rate against the dollar years ago, the past days recorded a significant decrease in the value of the local currency. The exchange rate of one dollar increased from 1,200 dinars to 1,280 Iraqi dinars, amid warnings of the continuation of this decline due to the curfew imposed by the Iraqi authorities as part of measures to confront the outbreak of the Corona pandemic, which stopped the Central Bank of Iraq, which was pumping an average of 140 million dollars per day to maintain The value of the currency.

In an interview with “The New Arab”, a source from the Central Bank of Iraq, who preferred not to be identified, said that “the dollar exchange rate was affected by an increase due to the interruption of the currency auction, as well as a result of the curfew, and the desire of people to exchange their Iraqi money with dollars, as well as the continuing need for import in relation to traders” ”

He revealed that the central bank is in the process of taking quick steps with the government crisis cell to confront the Corona epidemic, with the aim of finding a way to restore balance and provide hard currency in the market, stressing that the rise will be temporary. He added, “The last auction for selling the currency was on March 16, and it is expected that the current measures will succeed in reopening it within days.”

The source pointed out that “the selling price of cash by the Central Bank of Iraq in the last public auction was 1119 dinars, while the price approved in banks is 1200 dinars per dollar, before the central bank stops pumping currency to the Iraqi market, because of the curfew.”

He pointed out that “the central bank will try to pump more hard currency to the market, but the value of what will be pumped will be less than the hard currency entering the central bank as a result of the low oil price and the state’s need for adequate reserves of hard currency.” He said, “The task of keeping the dinar rate at the current stage will not be easy, but it is within control.”

For his part, Adel Al-Ansari, director of one of the banking offices in Baghdad, said in an interview with the “New Arab”, that despite the curfew imposed in all of Iraq because of the Coruna outbreak, the demand for buying the dollar is very large, because of the Iraqis’ fear of the collapse of the dinar. . He added that “some of the owners of capital bought the hard currency in anticipation of any emergency, due to the cautious anticipation experienced by the Iraqis in light of the Corona virus and the escalation between America and Iran and armed factions in Iraq.”

In an interview with Al-Arabi Al-Jadeed, economist Salam Smeisam said, “The rise in the price of the dollar against the dinar is not a result of supply and demand, and what confirms this is that what is happening now is that the amount of dollars in the provinces comes to Baghdad and is sold again by adding profits It ranges between 7 to 8 dollars per 100 dollars. ”

She added that “what is raising the alarm today is that the market is not subject to control by the authorities concerned with monetary policy,” noting that “the Iraqi dinar is in an unenviable position due to the low oil prices of less than 26 dollars, in addition to the accumulated crises that it is exposed to.”