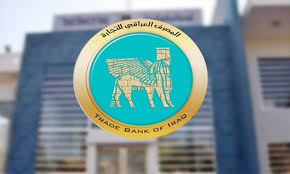 Baghdad – Mawazine News
The Iraqi Trade Bank (TBI) announced, on Monday, a new increase in its capital, adding to it more strength in line with its strategic vision for the years 2020-2023.
The bank said in a statement received / Mawazine News / a copy of it, that it “increased its capital from 2.3 billion dollars (2.7 trillion Iraqi dinars) to 3 billion dollars (3.5 trillion Iraqi dinars) in light of the results of its work for the year 2019 after its audit by the international audit company Ernst And Young (E&Y) and based on the approval of the Iraqi Prime Minister, knowing that the Iraqi Trade Bank has achieved great growth in its revenues for the fiscal year ending December 31, 2019, reaching $ 708 million (837 billion Iraqi dinars), an increase of 12% over the previous year and net Profit amounted to 556 million dollars (657 billion Iraqi dinars), an increase of 68% over the year precedent.
The bank also achieved total growth in its assets amounted to $ 29 billion (34 trillion Iraqi dinars), an increase of 27% over the previous year. ”
The President of the Iraqi Trade Bank and Chairman of the Board, Faisal Al-Heims, said,“ The capital increase announced today is an important step to strengthen The bank’s financial base will enhance our ability to implement our strategic plan for the next three years and increase our revenue and profits.
”He added:“ We have made many achievements in recent years, yet the road ahead is long, because our highest goal is to improve the state of Iraqi society and advance it, and that is undoubtedly At the core of our responsibility Conscious that we are working for. ”
In the same context , the Trade Bank of Iraq to transfer 20% of its profits for the year 2019, equivalent to 111 million dollars (131 billion Iraqi dinars) to the public treasury of the state based on the approval of the Prime Minister of Iraq.
It is worth noting that the Iraqi Trade Bank opened its first branch outside Iraq in the previous year 2019 in the city of Riyadh in the Kingdom of Saudi Arabia, and also plans to upgrade its representative office in the United Arab Emirates / Abu Dhabi Global Market to enable it to carry out consultations and manage investments. Ended 29 / h