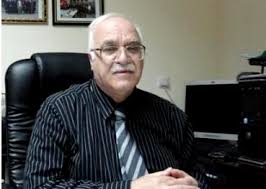 The appearance of Mohamed Saleh, the financial advisor to the resigned Prime Minister, Adel Abdel-Mahdi, commented on Wednesday (25 March 2020) on the option of resorting to the central bank to bridge the deficit caused by the drop in oil prices, and the crisis of the spread of the Corona epidemic, while pointing out that “financial discipline” is the basis Out of the economic recession.

Saleh said in a press interview, “The global crisis is resonating causing the collapse of the major financial markets, as America lost 16 trillion of its value, and the Federal Reserve began to reduce interest to zero, and measures were taken to confront the global economic recession.”

He pointed out that “the world is in economic recession after the demand for oil fell, as China was the reason for the decline because it is the largest importer, in addition to falling demand from the rest of the world due to the halt in the transportation sector.”

Saleh pointed out that “the continuation of the economic crisis has repercussions on the financial situation in Iraq, because its economy depends mainly on oil,” noting that “measures to confront the recession start from the country that has no fiscal discipline through spending.”

And Saleh added, “The list of operational expenditures is very large in the initial 2020 budget plan, where the deficit was up to 52 trillion dinars out of the budget, which estimated 164 trillion expenditures,” pointing out that “the state entered into a financial warning to re-arrange exchange and priorities and prepare a budget at the minimum Of oil revenue. ”

And on the option of resorting to the central bank to bridge the deficit, the Prime Minister’s advisor explained, “Iraq needs financial discipline and this is an opportunity for financial reform, and high costs cannot be enjoyed at the expense of the central bank’s reserves.”

Noting that “the prevailing belief among decision makers and the economic community is to rearrange the financial home for Iraq, and the priorities start with organizing expenditures, stopping unnecessary expenditures, and maximizing some revenues.”

And Saleh had confirmed, last Thursday (19 March 2020), that the financial situation of Iraq is currently under warning.

He said in a statement to the Iraqi News Agency, “The financial situation of Iraq is currently under warning and the government is closely monitoring the situation in two directions. The first is by setting substantive priorities for government expenditures, especially the groups that receive a monthly government income of approximately 8 million people, such as employees, retirees, those covered by social care and financial grants provided To some of the suspended government companies, “noting that” this is the first concern in meeting the income of government income recipients. ”

He added: “As for the other, it is an attempt to avoid any expenses that are not important at the present time and to stop them immediately until the oil markets return to their normal conditions, while working to maximize non-oil resources and with a broader interest such as customs and other revenues if their proceeds are still not commensurate with the size of the annual import of Iraq, unfortunately.”