Alliance of Forces: We will not attend the voting session for the Allawi government next Thursday

Alliance of Forces: We will not attend the voting session for the Allawi government next Thursday 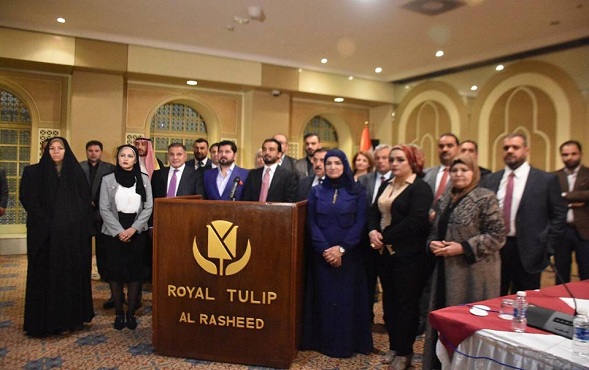 Baghdad – Mawazine News
The coalition of powers announced, on Monday, that it would not attend the parliament session scheduled for next Thursday to vote on granting confidence to the government of Muhammad Tawfiq Allawi.
The coalition said in a statement received by / Mawazine News / a copy of it, that it “renews its steadfast stance by rejecting the approach used by Muhammad Tawfiq Allawi, who is charged with forming a government, as it is a timeless approach that does not fit with the intended goal of its formation in resolving crises between the government and the people on the one hand or between the government and political forces from On the other hand, which will increase the state of congestion and turmoil at a time when we are in dire need of a non-controversial government that enjoys popular and political consensus and does not increase the current state of division.
He added, “We call on the political forces to replace him with an acceptable figure that accepts the consent of the masses and contributes to solving problems, not rooting them,” declaring that he “will not attend the voting session with confidence to be held next Thursday.” Ended 29 / h