Iraqis are revolting, pushing the post-Saddam Hussein regime to the brink of collapse

Iraqis are revolting, pushing the post-Saddam Hussein regime to the brink of collapse 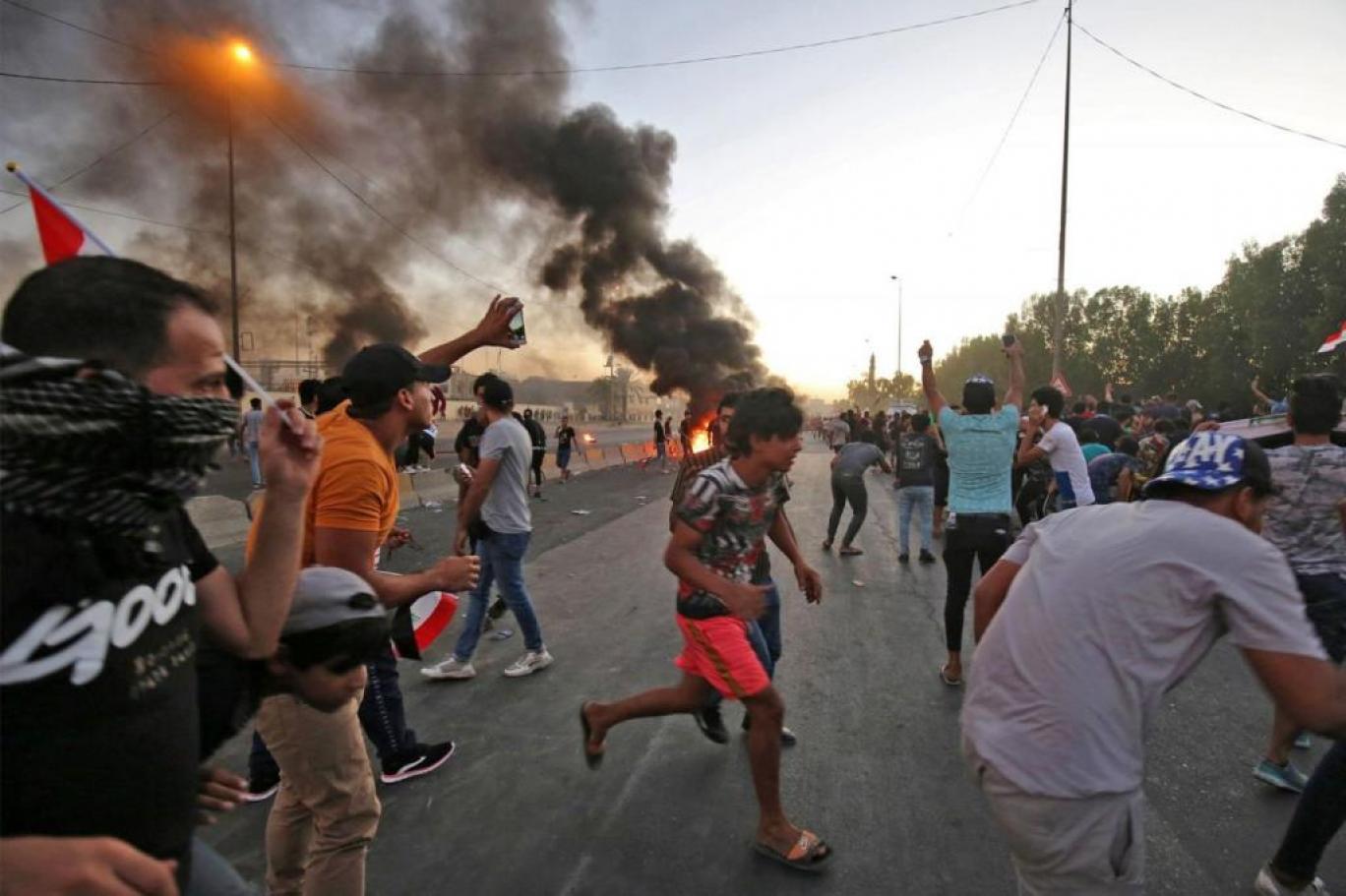 Iraq is at a turning point in its modern history, while people are on the lookout to see whether the government curfew and Internet cessation will end the ongoing demonstrations.

The Baghdad Hotel, near Saadoun Street in the center of the Iraqi capital, is not far from Tahrir Square, the focus of most protest movements in Iraq. On Tuesday, I was waiting to visit Iraqi military bases in northern Baghdad to check whether ISIS remains a threat and what

Baghdad is trying to prevent new popular protests,
but I have not gone at all. This afternoon, at about four o’clock, I began to hear successive bursts of guns from a distance. At first she ignored them, thinking she might be from a wedding or other celebrations, but the sound became louder and then there was a firing of firing weapons close-up. In the lobby of my hotel, a man stopped me and said, “There are ten dead so far and the fighting will intensify.”

It turned out that it was the government that managed to turn small demonstrations of no more than 3,000 participants in Tahrir Square, who have been protesting for three months against government corruption and the absence of jobs and bad services, into a huge event. Protesters tried to cross the al-Jumhuriya bridge, which leads to the Green Zone and other official buildings. The notorious riot police in Iraq opened fire using rubber bullets, sound bombs and finally live ammunition. It wasn’t long before a video posted on social media about the protesters, mostly under the age of 20, attacked by police and sprayed with hot water hoses.

It is this incident that turned a small protest into huge mass demonstrations that could overthrow the government of Prime Minister Adel Abdul Mahdi. The riot police inadvertently ignited the deep discontent felt by almost all Iraqis towards the “kleptocracy” (corruption and embezzlement), which has stolen nearly $ 450 billion since the overthrow of Saddam Hussein’s regime in 2003.

All Iraqis know that the country has a huge oil wealth, generating $ 6.5 billion a month, but they suffer from widespread unemployment, scarcity of electricity, rampant corruption and poor health and education systems. They know that government officials have made enormous fortunes by taking funds for projects that have never been completed and sometimes never started. For many years, even bomb detectors, which were absolutely ineffective in detecting explosives, were imported for tens of thousands of dollars per device, although they cost only a few dollars.

It is this sense of injustice that is now beginning to explode, and unless the government can control things over the next few days, it is likely not to last long. One of the strengths of the protest movement is that it is without leaders, almost spontaneous, with a wide variety of slogans. But this means that the government will not find a negotiator, at a time that does not make a great effort to negotiate and get out of the crisis.

Many Iraqis say it is wrong to get rid of the government in the absence of an alternative, but others argue that things cannot get worse than they are now and are willing to jump into the unknown.

Rage against government mass theft of Iraq’s resources has been around since 2003, but the Shi’ite majority has traditionally been convinced of what its political leaders say it must stay in line to prevent al-Qaeda or IS from emerging again.

This pretext remained effective until Mosul, the de facto capital of ISIS, was restored in 2017 after a nine-month siege. Since then, ISIS has not taken control of any part of Iraq and there have been no major bombings in Baghdad in the last three years. People are no longer afraid to kill their families to the point of ignoring mass corruption and the lack of primary services.

The explosion of social grievances would have occurred at any moment, and the government’s overreaction led to Tuesday’s incident. But what is behind the government’s behavior is vague: in Baghdad there is a rumor that the prime minister is receiving advice from military hawks who have no idea about the mechanics of Iraqi politics.

The government has obviously failed to make any concessions since it made its first mistake. “The prime minister had to do something like announce that he would catch hundreds of corrupt government officials,” says a friend. Instead, ministers have been saying they will investigate the causes of these protests, although they are as clear as the sun and are known to all the country’s inhabitants: corruption, unemployment and the absence of public services.

But to what will things go? The government cannot keep Baghdad completely closed for a long time. It is a city with a population of seven million. People are walking down the streets around my hotel on a road that leads many to Tahrir Square. Downtown demonstrations. But the move moved some protests to all areas of Baghdad, including the most prominent Shiite stronghold, Sadr City, famous for its population of three million. Reports said yesterday that crowds there burned the offices of the municipality and the headquarters of political parties cooperating with the Authority. The uprising also spread to all southern Iraqi cities, although it has not yet reached the Sunni provinces. The government may find it difficult to suppress the Shiites, who form the base of its popularity, using armed forces that are mostly Shiite.

To begin with, the government has little legitimacy and is retreating day by day. The highly respected Shiite cleric, Ali al-Sistani, may stand against the government’s actions. Nationalist leader Moqtada al-Sadr, whose movement won first place in the 2018 legislative elections, said he supported the protests, although he did not want his followers to play any leadership role, fearing that they would “politicize” the protest movement and undermine its credibility in front of some Iraqis. Government spokespersons also refuse to talk to Iraqi journalists, perhaps because they do not want to appear as supporters of government tactics. In other words, if the prime minister cannot control the crisis in the next few days, his government may begin to collapse.