The paper and metal currency after 2003, which did not succeed in trading and was canceled

The paper and metal currency after 2003, which did not succeed in trading and was canceled

Alsumaria News / Baghdad
The Central Bank published pictures of the currency and metal issued by the Central Bank of Iraq to trade after 2003 did not succeed, which was decided to cancel.

The paper currency was withdrawn in the category of 50 dinars, which is from the issuance of 2003, which was the front face of the Basra silo and the back of the palm leaf.

With the withdrawal of the currency with the issuance of 2004 of circulation for categories 25, 50 and 100 dinars for not circulated by the public.
The central bank sells more than $ 108 million
The central bank offers coins and coins to the amateurs

The following are the pictures of these currencies and drawn by the Central Bank of Iraq: 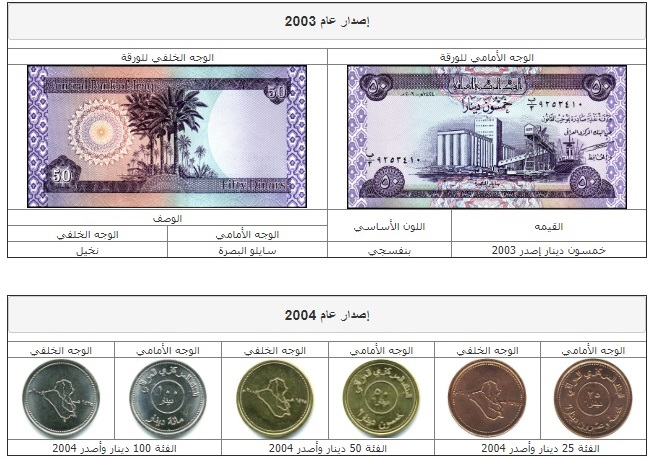