Keywords: We agreed with the Finance to subject the banks of Kurdistan to the control of the Central Bank

Keywords: We agreed with the Finance to subject the banks of Kurdistan to the control of the Central Bank 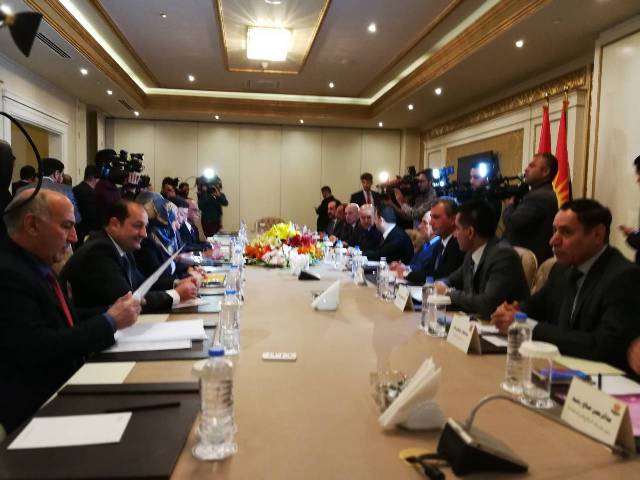 The governor of the Central Bank Ali Alaq, on Tuesday, the agreement of Baghdad and Arbil to subjugate the banks in the Kurdistan region to control the Central Bank of Iraq, indicating that it was also agreed to avoid double taxation.

Alaq said during a press conference held with the Minister of Finance of the region in Erbil, that “it was agreed with the head of the regional government to exercise the branch of the Central Bank in Erbil work and supervisory authority and control over the banks of the region and non-bank financial institutions.”

“The Central Bank has the direct support of the Prime Minister of the region and the Minister of Finance to facilitate the work of the Central Bank branch and the performance of its oversight work to develop the banking sector in the region and provide ways of coordination between them,” adding that “was also discussed the licensing of government banks of the province And their legal adaptation to make them subject to the Bank and its control and in a manner that enables them to develop in the performance of the role required.

“The agreement between the government and the region to avoid tax evasion between the two sides, and the banking sector will be the first link to solve this problem so that the branches of banks in Baghdad or the region are not subject to tax accounting twice and recognition of what was issued by the central government or territory under Agreement or under the manner in which the tax is accounted for “.

“This agreement and matters will be set within the framework of unifying and coordinating efforts to put in place their legal and constitutional framework,” he said.

The governor of the Central Bank Ali Alaak met on Tuesday with the Minister of Finance of Kurdistan and officials in the ministry to discuss the salaries of employees of the ministries of health and education in the region before the holidays of Noroz.

A delegation from the federal government headed by the governor of the Central Bank of Iraq Ali al-Alaq, on Sunday, (March 11, 2018) to Erbil to discuss financial files with the Kurdistan Regional Government.