Will Nuri al-Maliki soon be tried for treason soon?

Will Nuri al-Maliki soon be tried for treason soon? 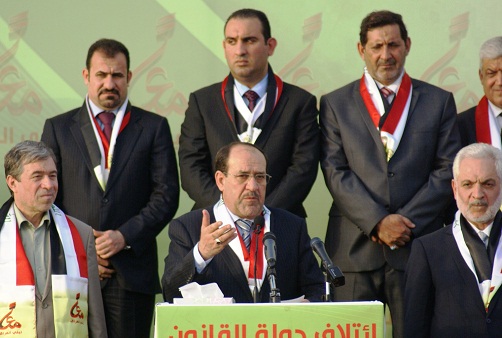 A senior government source revealed that Prime Minister Haider al-Abadi is in the process of forming a high-level government committee comprising senior judges, security experts, Iraqi army officers, representatives of the parliamentary legal committee and the cabinet to launch a comprehensive and detailed investigation into the fall of Iraqi cities. .

The source said in a press statement that the committee will bring witnesses from field commanders and use the contacts, documents and orders issued by the commander-in-chief of the armed forces in that period to find out who issued the order to withdraw troops stationed in Mosul.

The source added that the involvement of a number of judges in the Commission of Inquiry gives them powers to issue arrest warrants against anyone who proves the evidence of his conviction and expected to include convictions senior officers and that the commander of the armed forces Nuri al-Maliki is the primary responsible for the state of withdrawal or the collapse that hit the army and police units and led To its defeat in front of a few numbers of chattering elements.

Judicial sources suspect that the committee will condemn senior officers and officers of the treason and the two al-Maliki, Hussein Abu Rehab and Yasir Sakhil Abu Hawra, whose ignorance led to the loss of one-third of Iraqi territory. In the case of arrest warrants, Abadi will order a special security force to prosecute the convicted.