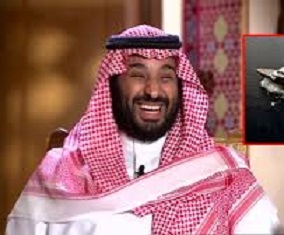 The White House announced that President Bush will meet with Donald Trump, Tuesday, March 14 / March, Crown Saudi Crown Prince and Defense Minister Prince Mohammed bin Salman Al-Saud, during a banquet dinner. The dinner will be held in the “Old Family Dining Room” at the White House.

The Mohammed bin Salman has started his visit to Washington on Monday. A statement from the royal court carried by the Saudi Press Agency “SPA” that the Crown Crown will discuss with Trump and other US officials “to strengthen bilateral relations between the two countries and discuss issues of mutual interest and regional issues.”

On the other hand, the White House spokesman Sean Spicer said that Trump will be a full-scale meeting with Crown Crown on Thursday.

This will be the first meeting between the son of Saudi King Salman bin Abdul Aziz and US President Trump since the latter took office last January.

It should be noted that the US State Department agreed late last week to implement high-precision-guided munitions to Saudi Arabia, a deal worth $ 390 million, a deal, already for the management of Barack Obama suspended the implementation fear of endangering the lives of civilians in Yemen at risk.

It is expected to be a Yemeni and Syrian crises of the leading topics for discussion during the meeting between Trump and Muhammad bin Salman, as well as ways of strengthening bilateral relations.