Resources Minister: continued maintenance of the Mosul Dam, and its collapse is unlikely

Resources Minister: continued maintenance of the Mosul Dam, and its collapse is unlikely 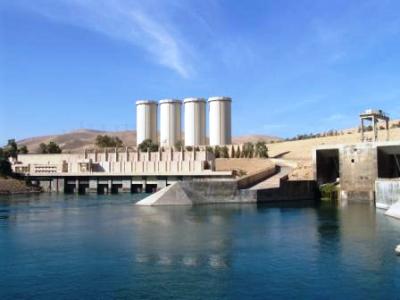 The Minister of Water Resources Hassan al-Janabi, that the cadres of the Italian company continues to work in the maintenance of the Mosul Dam with the US Corps of Engineers supervisor of the work, while acknowledged the existence of the problem of the dam and described Balphenah, its collapse is ruled out.

Janabi said in a press statement that the engineering team is working on addressing the technical and engineering problems in the dam continuously and 24 hours under the supervision of the staff of the Ministry of Water Resources.

Stressing that “there is no fear of collapse and work is being continuously reformed,” he persisting “in the event of the team in charge of the reform of the inability of the damage will be officially announced to take appropriate action to resolve the problem.”

With regard to the water crisis during the summer, al-Janabi said that the ministry has developed a plan described Badlh for the distribution of water rations to the provinces, pointing to the presence of excesses on water networks, which must follow up by executive bodies as the ministry of service and provide solutions and has no executive authority over the provinces.