KDP: Maliki to return to power seeking through the interrogations

KDP: Maliki to return to power seeking through the interrogations 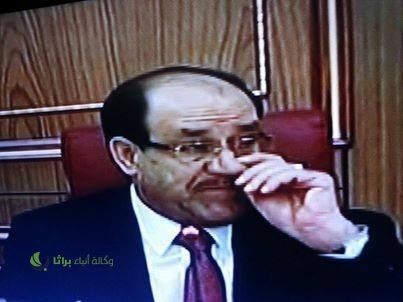 He accused the Kurdistan Democratic Party in the House of Representatives bloc, on Monday, a coalition of law Nuri al-Maliki to “resort to interrogation operations to return to power” after reaching the “third term” failure, while confirming that al-Maliki is seeking to block the government’s work.

The MP for the Kurdistan Democratic Party bloc Najiba Najib, in an interview, “The State of Law coalition leader Nuri al-Maliki, who could not get a third term is used all the ways to return back to power, including resorting to interrogations to obstruct the work of the government.”

Najib said, that “the targeting and clear through the interrogations on the grounds that adopters of Representatives to the subject of interrogations close to al-Maliki.”

He was a member of the Parliamentary Integrity Committee Adel Nouri announced on Monday (September 26 2016), submit a request to the Presidency of the Council of Representatives of Iraq site of 65 deputies to question Foreign Minister Ibrahim al-Jaafari.

He disclosed a number of deputies, in the (22 September 2016), to provide a special menu to question three ministers and two directors of independent bodies in the House of Representatives, and stressed determine the sixth month of next October, the date for the questioning of Foreign Minister Ibrahim al-Jaafari and the 16th of the same month the Minister Agriculture Falah Hassan Zeidan, who drew with the completion of private demand to question the prime media and communications.

The House of Representatives has seen since the 25th of August 2016, and until Wednesday, (September 21 2016), to withdraw confidence from the ministers of defense and finance Khalid al-Obeidi, Hoshyar Zebari, after being questioned for several sessions.