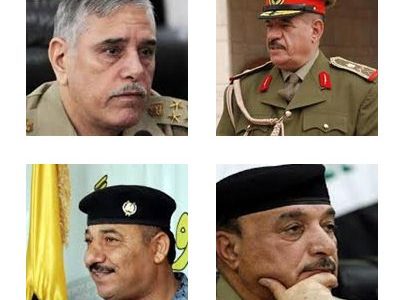 BAGHDAD / News Network Iraq called on the Commission on Security and Defence parliamentary, on Thursday, the Iraqi judiciary to Shortened figures accountable in the case of the fall of Mosul in June 2014, while expressing surprise at the failure to take any action in this regard. The committee member said Majid Ghraoui in a press statement today : ” the Commission on Security and defense completed its tasks, on the issue of the fall of Mosul and sent a file to the judiciary and the Prosecutor General and the head of the government , ” stressing the need for shortened and responsible for the security deterioration personalities accountable now. ” He called Ghraoui” the Iraqi judiciary and the Prime Minister Haider al – Abadi to the need to hold accountable negligent in the case of the fall of the city of Mosul , “pointing out that” the Commission left it up to the Iraqi judiciary fair. ” the head of the parliamentary commission of inquiry fall of Mosul, of quitting, announced, ( the 16th of August 2015 a), approve the results of the investigation the fall of the city , however , the organization ( Daash) terrorist, but that the lack of political blocs agree on reading led to a vote only within the parliament without reading. he accused the report of the Committee of 18 personal of causing the fall of the city of Mosul , most notably former prime minister, Nuri al – Maliki, and the governor of Nineveh former Liberation of Iraq – and – run Coordination Farouk al – Araji The team Ghraoui Mahdi and General Ali Ghaidan Lieutenant General Abboud Qanbar.