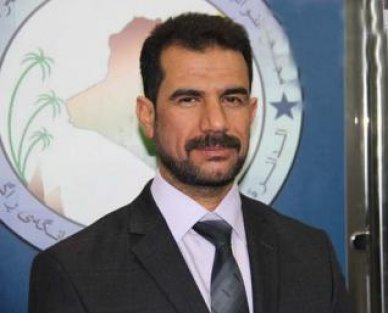 MP for the Liberal bloc Majid al-Gharawi, on Friday, that the cause of the dropping of four Iraqi provinces, however, the organization “Daash” terrorist, referring to Nouri al-Maliki should be outside the political process and “behind bars.”

Gharrawi said in an interview that “the cause of dropping the four provinces, however Daash terrorist and brought the country to what it is now because of the wrong Ssayasth, you must be outside the political process.”

He Ghraoui, “you should have this person (al-Maliki) behind prison bars, in order to pay for what he has done and the work is supported by the burdens of politicians.”

The head of the so – called coalition of state law , Nuri al – Maliki on Thursday to keep the Sadrists from the political process for his followers to storm the Green Zone and the House of Representatives on Saturday.

Maliki said in his page on the social networking site Twitter, that “those who attacked the legitimacy of the state represented by the Parliament should not have a position in the political process unless they come back to their senses,” referring to the Sadrist movement, which called for sit-ins and demonstrations near the Green Zone and evolved into demonstrators storming of the area and enter parliament.

Maliki said that “the situation in the mercurial attitudes and live for the benefit and leadership are brought the country to this case.” According to him.