American intervention in Iraq, the crisis line and specialty million dollars each deputy withdraws from the protest?!

American intervention in Iraq, the crisis line and specialty million dollars each deputy withdraws from the protest?! 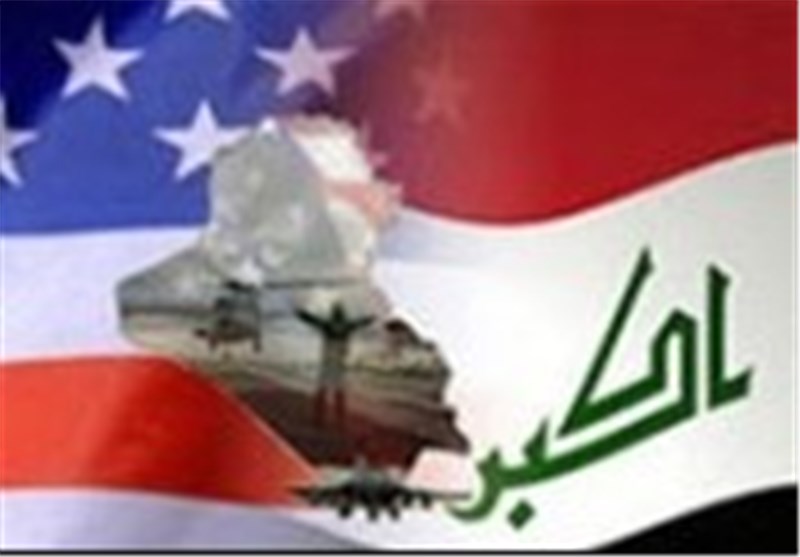 He confirmed Iraqi political source familiar with the statements that revealed through Iraqi lawmakers sitters they had received threats from foreign embassies, and threatened then to disclose their names, where he confirmed the entry of the US embassy in Baghdad on the line of the political crisis in the country for six days straight, while the source pointed out the US ambassador to Iraq Stewarat Jones began providing financial amount of million dollars each deputy withdraws from the sit-in.
The source said the agency “information” that ” the United States of America entered the line of the crisis politically in the country for six days through its ambassador from Baghdad Stewarیt ​​Jones , ” noting that “Jones began his contacts with some lumps leaders of political to force deputies to withdraw from the sit -in , to protect their lines red in Iraq, including the three presidencies. ”
the source added that” the administration of United States has allocated a budget of million dollars each deputy withdraws sit , “pointing out that” Washington will deposit the amount in the balances retreating Representatives in Bnoک the Jordanian capital Amman , “noting that Washington threatened to use force in case of prejudice maxims political in Iraq, including the positions of the President and the House of Representatives and ministers. It
also revealed the source of political sending administration of United States message described as “important and shortcut” to the leaders of Iraqi political, pointing out that the letter contained a threat to that of United States forces will protect the lines . ” red “in Iraq, including the three presidencies.
the source said in an interview for the ” Middle East “,” the United States Alomیrکیh delivered through Joseph Votیl, commander of the Central Command Alomیrکیh, important and concise message to the leaders of Iraqi political, that it will be through its stationed near Iraq protect red lines in Iraq, including the three presidencies. ”
He added that” Alomیrکی position was clear since the visit of John کیrی and Minister of foreign Affairs, who confirmed the constants Alomیrکیh political and strategic, where the presidential envoy Maکforک came for the same purpose, and then announcing clearly in a pre – emptive with Iraqi leaders, particularly President Fuad Masum, the president of a coalition (united) Osama Najafi , “stressing that what happened deduced from the parliament speaker Salim al is illegal.
the source explained that” what has been shown کیrی and Maکforک is the political dimension of the issue, but whenever Washington felt that Hnaک harassment of the three presidencies, message came Votیl clear, and is a red line that can not be waived.
and was a deputy of the Iraqi Mansour Baیjی pointed to the exposure of some lawmakers to pressure of United States embassy and foreign embassies and heads of blocs to dissuade them from their position on the reform.
confirmed Baیjی told a televised House of Representatives came under pressure , saying: “was Hnaک pressure on a number of House of Representatives of the American embassy and foreign embassies , and be endorsed by the heads of books, some lawmakers threatened, but Hnaک ‘s will when the protestors in the Iraqi Council of Representatives, representing the people, the will of the people is stronger and even stronger than the law. ”
to such case the head of the mass of ” honest “MP Hassan Salem that America and Britain are practicing the ugliest forms of pressure on the Iraqi government, and said to be drawn to the American and British pressure and that these two countries have not exiting the scene Iraq since the entry Daash gangs for the country and to this day , and they are practicing the ugliest forms of pressure on the Iraqi government, Maکda that the suffering of the crowd and popular resistance factions and forces and the security of the non – release of some areas is because of Tlک pressures.
and some members of the Iraqi Council of Representatives systems last week, a sit -in inside parliament to protest the management approach the country, demanding the dismissal of the three presidencies of their posts, while the parliament held its meeting last Thursday in the presence of 171 deputies, out of 328 , headed by Adnan al – Janabi, the older among members, and voted for the dismissal of Saleem al – Jubouri of the presidency of the parliament and his two deputies Hamoudi and Aram Sheikh Mohammed, but Jubouri He rejected his dismissal.