Consultant Abadi: Governmental obsession go from the 5 trillion to the private sector without them

Consultant Abadi: Governmental obsession go from the 5 trillion to the private sector without them 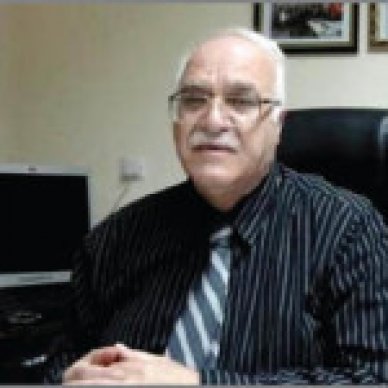 Said Advisor to the Prime Minister Haider al-Abadi, that there is an obsession with the state that goes dedicated to supporting the private sector in misplaced the $ 5 trillion dinars, or that the tainted by corruption.

He said the appearance Saleh, said that “the amount of the 5 trillion dinars allocated by the central bank to run the Iraqi economy and raising the level of growth in it, should go to the right goals, and the state is very careful and accurate in the subject of the disbursement of these loans and dispose of them, and fortify of corruption, or to go to other purposes assigned to them. ”

He stressed that “the government does not want to hand over the money to the wrong people, who do not serve development in Iraq.”

Saleh explained that “the loan in two forms, the first terms of the small, the $ trillion dinars funding, and guaranteed by private banks, an interest rate not to exceed 5% for a period of about 3 years, and is allocated to finance small businesses, small such as markets, shops carpentry, blacksmithing and other …”.

He noted that “the second form of loans, is financing medium and large, and will be handled by the industrial and agricultural two banks, in addition to the housing fund.”

And Saleh that “loans to fund housing dedicated to housing only, which is about 50 million and guarantees every citizen a soft interest

, As are agricultural and industrial loans, the two banks which will be launched within days, according to the standards of integrity and is immune from corruption, such as the opening credits and feasibility studies. ”

He was a member of the Committee on Economy and Investment parliamentary proof Mamouri has warned of “the consequences of wasting money within the central bank for supporting industrial and agricultural projects to the private sector amounting to five trillion dinars initiative.”

Maamouri said in a statement, said that “a lot of previous initiatives which wasted hundreds of billions of dinars did not achieve their goals because of the corruption that accompanied these initiatives, particularly with regard to the agricultural side.”

He added that “the most influential figures in the Agricultural Bank still manages this process despite the failure that has plagued these initiatives in the past and that bellowed big money because of mismanagement and corruption that accompanied her,” noting that his committee “will be audited each file are lending and follow-up on the ground, either agriculturally or industrial or residential. ”