After threatening to Sistani and his son .. freezing investigation files against Maliki! (details)

After threatening to Sistani and his son .. freezing investigation files against Maliki! (details) 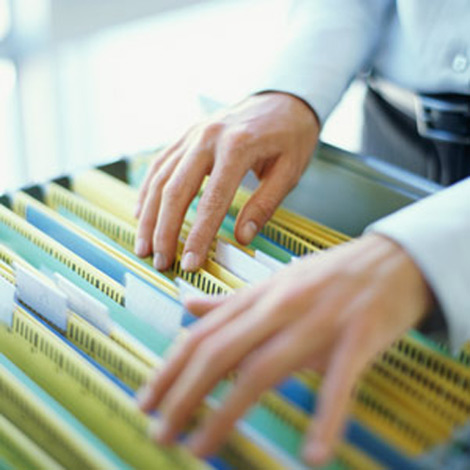 Suddenly, stopped four files a lawsuit against the former prime minister Nuri al-Maliki, in the tribunals Rusafa first second and Karkh in Baghdad, as well as the court of the Iraqi High Criminal, and the Iraqi integrity, and so on Thm’altort fall of Mosul at the hands of the organization of the Islamic State (Daash) ‘,’altort crimes and sectarian killings in Kirkuk, Anbar and Nineveh’, and’akhva forced his opponents in Baghdad and Diyala ‘, and’amilit financial and administrative corruption, notably the arms deals with Russia, Ukraine and Iran. ” And rejects the Supreme Judicial Council in the country to address the cause of stopping judicial proceedings against al-Maliki, it is also committed to parliamentary political blocs silence, and avoid government Haider Abadi, responding to reporters’ questions, was directed to three questions on the subject, through the communication window to the Prime Minister with journalists through his website.

According to judicial sources private Iraqi, he ‘was an implicit agreement to freeze proceedings against al-Maliki, which led to the overthrow of three prominent judges, and refer them to retire, after they refused to comply with the recommendations of the government and parliament’.

The leaked local sites conflicting information about al-Maliki threatened to partners yesterday to disclose their files in case they paid for the trial. Experts Iraqi law and asserts that ‘once you enter the al-Maliki of the Court, it is impossible to go out without a conviction.

“In this context, says Iraqi minister prominent, that’ al-Maliki promised to drag everyone with him in the case issued a judiciary warrant for his arrest, a sufficient reason to freeze issue ‘. The minister adds that ‘talk that Iran opposes the trial of al-Maliki, which greatly exaggerated, the fact that the man has become a paper burned and fell popularly even in cities that he enjoyed strong popularity. But why stop the judicial proceedings against him is that al-Maliki, the leaders of political blocs have threatened that he would not go to court alone, and will open another corrupted files affect ministers and political leaders and members of senior men in Iraq.
‘Reveals that’ al-Maliki waving move a lawsuit corruption precedent against al-Abadi, when he was minister Telecom ‘. The minister shows that the ‘al-Maliki threatened to drag others with him by revealing files and documents corruption affect everyone gag calling by referring to eliminate the campaign.

“He also points out that’ the inauguration of Bashar al-Araji, the son of director Maliki’s office, the team Farouk al-Araji, the position of the first judge, then promoted to the post of President of the Court Supreme terrorism, although that did not exceed the 32-old-year-old, was among several taken by al-Maliki fortifications to protect itself through intimidate others to open corrupted files against them, or to silence honest issues through malicious move against them ‘. The minister points out that ‘al-Maliki apparently succeeded in doing so.’

Tried to Iraqi Foreign Minister Ibrahim al-Jaafari last week, dodging the question of a journalist in the Saudi capital Riyadh, while attending the South external America ministers and Arab Conference, about the fate of al-Maliki. But Jaafari finally answered, after the urgency of the journalist, saying that ‘the judiciary in his country is the owner of the upper floor in the classroom in the involvement of Nuri al-Maliki or not’, stressing that ‘there is no Iraqi official over justice’.

However, the leader of the ‘Iraqi Forces Union’ Hamid al-Mashhadani, a statement said al-Jaafari as a ‘patent instrument for the owners, because the judiciary is subject to the authority of al-Maliki and still’. He adds al-Mashhadani, saying that ‘al-Maliki threatened everyone, even the people closest to him, within the Dawa Party, as Segerhm all to the court, and sent to each document a large financial corruption against them, even if Abadi Pat avoids mention paragraph bring corrupt to eliminate or course of the inquiry the fall of Mosul’.

From For his part, indicates’ the Sadrists’ member of the Basra province visual Hussein, that ‘al-Maliki could escape punishment now, but it is certain that he will not succeed in this until the end. ” He continues, ‘We all know what he did in Iraq, al-Maliki of sectarian killings and financial corruption and bankruptcy of Iraq because of him, and causing the entry of Daash, but who wants his trial is also corrupt like him.

Consequently, there is cover in the subject’. The Supreme Judicial Council in Iraq and refuses to disclose the course of the cause of the fall of Mosul and the rest of the charges against the owners, stressing at the last journalist to clarify his published by the Iraqi government channel end of last month that ‘all the issues under scrutiny before starting any action in accordance with the internal legal system in due process in Iraq. ”

He has threatened to expose the corruption files, involvement by al-Sistani and his son and the gang around him (Abdul Mahdi al-Karbalai, Ahmed Hussein al-Shahristani net) in the energy and oil file and in particular the oil licensing rounds.