Shabibi: Maliki has appointed four members of his party in the bank to control the money laundering department

Shabibi: a period of rule .. Last Maliki has appointed four members of his party in the bank to control the money laundering department 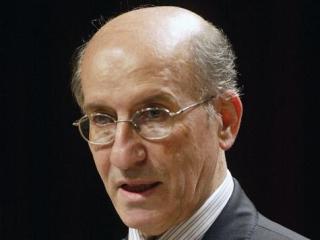 He explained that al-Maliki appointed four of singled out his ruling large positions within the central bank and they are not with jurisdiction even affected Bank Central and took a random hit Otunabh They Director-money laundering department, and director of the Legal Department, and Director of the banks control, and Director of the Economic Department ‘, pointing out that’ corruption was rife within the central bank by co-Maliki in the party.

“He pointed out that ‘director laundering department funds ‘allocate money laundering Iraq in favor of the ruling party and legal director gloss upon the Director of the banks control traders taking sold dollars to private banks associated with the ruling party and the prime minister, less than the market amounts making Iraq millions of dollars lost every day due to this corruption and the smuggling of the government’s budget funds abroad in favor of al-Maliki and Gelaozath ‘.

He indicated that he’ then appointed al-Maliki cousin named Ali al-Moussawi, the governor of the central bank to plunder every provision of the Iraqi state in the amount of $ 67 billion in the last days of his dominance on the government to hand over power to Ebadi and the budget for Iraq empty and the Reserve Central Bank ravished to enter Iraq in a major financial crisis the advancement of which can not after a decade even if oil prices improved today.

“He added Professor Kadhim Jawad, quoting Professor Shabibi: The ‘al-Maliki receive more money than all the rulers of the Republic of Iraq’ together ‘of Abdul Karim Qasim leader Saddam Hussein, did not Completed being investigated by any mention of the Iraqi people and the homeland, it was enough to build a new home according to the latest international standards, can accommodate up to 30 million people live in the well-being and stability of the security of all human beings in the world in which to live. ‘