A security source: the arrest of al-Maliki adviser!

A security source: the arrest of al-Maliki adviser! 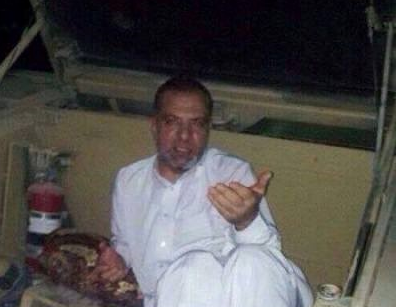 An official security source said security capture the power of the former Prime Minister Nuri al-Maliki and the Dean of Imam Kadhim College called “Fadel al-Shara” adviser on charges of Article IV of the anti-terrorism law.

The source explained that the reason for the arrest of al-Shara came to the planning and implementation of assassinations of political and religious figures.

and issued arrest warrants against him, but Nuri al-Maliki prevent the capture process,

is worth mentioning that Al-Hassani exposure to the assassination of the twentieth of August 2006 in the city Rumaitha (his hometown) improvised explosive device planted in his way on his way to his office in Samawah, the incident resulted in his death and one of his bodyguards and wounding a third wounded, Khalil Jalil Hamza, was killed a year after the killing of al-Hassani, ie in 2007 and in the same way, but the number of IEDs more, according to Director of Security conservative in that time it has been more than a dozen explosive devices transplant targeted the governor and the director of the provincial police parade when they returned from attending a funeral in Afak district (30 km south of Diwaniyah), killing the governor Khalil Jalil Hamza and police chief Major-General Khaled Hassan and three Mrafiqihma and wounding a dozen others.

“The security source said most of the Sadr City bombings were carried out by militias close to al-Maliki planning figures.