Alsjeri: Salim al-Jubouri, a deal for the return of one of the sacked ministers to parliament for one million dollars

Alsjeri: Salim al-Jubouri, a deal for the return of one of the sacked ministers to parliament for one million dollars 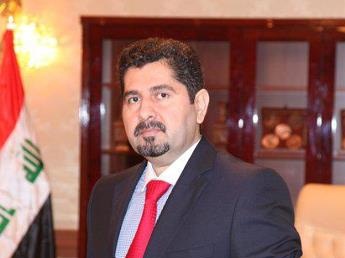 At a time when rising cheers the people to fight corruption is real after penetration in the joints of the State, we are surprised that it is on top of the legislative pyramid and launched reforms package practiced corruption, taking advantage of his authority to bypass the law.

Despite confirmed by the Council of the Judiciary and the Legal Committee in Parliament about the lack of possibility of the return of Ministers who canceled their ministries under the decisions of the Prime Minister to reform the House of Representatives we see that House Speaker Salim al-seeking re some of the back door in accordance with the blatant deals confirms that what is announced from conducting reforms is not only a matter of throwing dust in the eyes.
Where al-Jubouri said himself in front of me before announcing the document reforms that this is not only for the consumption of media Disregarding the minds of the people who are demonstrating to demand the face of corruption.

It seems that corruption penetration even arrived in the pyramid of power where we are later to reveal what we got from the information which can topple big heads if ratified intention to reform and confront corruption and deal judiciary competent bodies professionally about all the information and regardless of people who Torto where .

that rooting out corruption is not about small-scale staff and open issues, but facing the real mafias which Tngol with the help of senior political leaders and care in order to finance their own projects and the financing of their parties.
Where al-Jubouri, the foundations of the economic committee within the bloc and the condition of one of the ministries that his party will pay $ 11 million every three months placed in his personal account.
We emphasize the masses that rose up against the corruption that go toward the House of Representatives for the detection of large files of corruption, some of which exist in the financial and economic committees and integrity does not reveal her big pressure stands in the forefront of the President of the House of Representatives, where some of them directed fingered him personally or people associated with him or his party . It is what we are working on the disclosure to the media later.