Dollar jumps to its highest level for the euro account

Dollar jumps to its highest level for the euro account 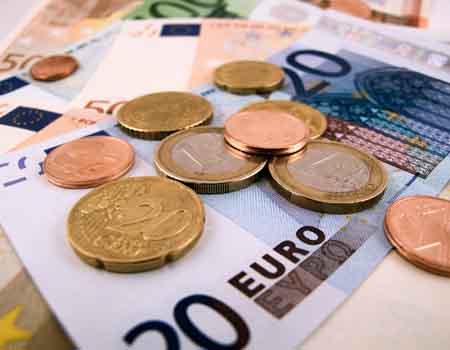 The dollar hit its highest level in three weeks against the euro in two months against the yen Friday, ending a weaker move him in front of the single European currency in four years, rising about four cents this week. He attributed some analysts weakness of the euro to the news about Greece, while others said that there believing on a large scale that the dollar is moving back to the center of power again after the decline in months continued to rise over the previous year. The euro fell, which was damaged the day before yesterday from signs that the ECB is preparing to do more to push the bond and currency earnings to decline, to $ 1.1062 At the beginning of European trading, down from US $ 1.1468 late last week, as the yen fell against the dollar 0.25 percent to 121.02 yen. and led major banks forecast that the dollar will exceed the euro over the next year, to look at the weakness of the US currency last month as a correction after rising against the euro to around $ 1.04 in March (March) last year. Many said it would require another round of strong US data once again to put the dollar on the upward path. The dollar received yesterday from data on new US home sales support, but there are differing views about the message that would send out the Federal Reserve when you publish the minutes of its last meeting, which was scheduled for later yesterday. and kept the Turkish central bank on interest rates unchanged, taking advantage of the decline of political pressures ahead of the elections on 7 June and continuing his war against the ever-rising inflation. He was Turkish President Recep Tayyip Erdogan and a barrage of claims to cut interest rates in the past few months but he stopped his criticism in previous weeks after raised concerns of political interference in monetary policy. The decline in gold to the lowest level in a week by the strength of the dollar and stock markets, while awaiting dealers minutes of meeting the Monetary Policy Committee of the Council of reservists for any clues about the US interest rate policy. fell Spot gold trading 0.3 percent to $ 1204 per ounce, after declining to the lowest level in a week at $ 1203.35. The yellow metal lost 1.5 percent of its value yesterday stand up for five days. The decline in demand for gold with the dollar rising to its highest level in two weeks against a basket of currencies President, while the euro dropped in light of news about the European Central Bank is looking to accelerate the pace of printing money for the purchase of government bonds during the next two months. The decline in the price of silver 0.8 percent to $ 16.91, and platinum 0.5 percent to $ 1148, while ascended palladium 0.01 per cent to $ 775. European stocks rose yesterday with the rise of share «Altis» French more than seven percent after agreeing to buy «Sdnlenk »in a deal worth $ 9.1 billion to enter the rapid growth of the US cable sector. Rose «FTSEurofirst 300» index of top European shares 0.1 percent to 1607.02 points. The total index highest level in three weeks after recovering yesterday with support from comments by a policy-makers at the European Central Bank in which he referred to the expansion of its bond buying program. And settled indexes «Financial Times 100» British and «DAX» German unchanged while the inn «CAC 40» French 0.2 percent. closed Japanese stocks at the highest level in 15 years with the support data growth of the local economy show a rapid pace abruptly in the first quarter of the year. And ascended «Nikkei» Index of blue chips Japanese 0.9 percent to 20196.56 points at the top of the closure since April 2000 while the broader «Topix» index rose 0.6 percent to 1643.40 points, its best performance since October (October 2007).