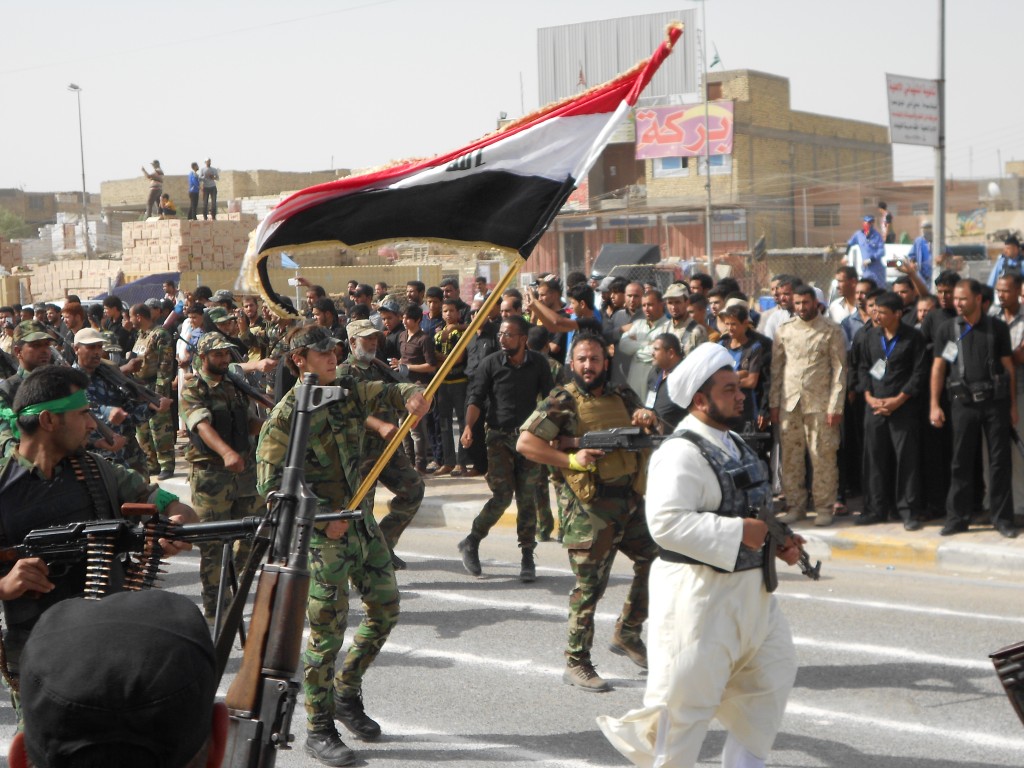 Chairman of the Anbar province morning Krhot said, that the organization of Daash dominated the province and the lifting of the flag on all buildings and military headquarters instead of the flag of the Iraqi state and smuggled hundreds of families of gray areas out of fear that commits Daash massacres and atrocities against their children. For his part, member of the Anbar province Amal al-Fahdawi, the forces of the popular crowd and got to spend Khalidiya and hand Habbaniyah and spend the vine to strengthen the security forces and urgent participation battles edit areas gray from the control of the organization Daash. He Fahdawi that the battle will begin after the end of all combat readiness, military, under the supervision of the commander of the Anbar Operations and under the direct orders of the Prime Minister Haider al-Abadi. This came after the arrival of Iranian Defense Minister Hussein Dehghan, on Monday, to the capital Baghdad on an official visit, to discuss security coordination with the military and officials in the Iraqi government leaders. The management Anbar province announced, the control of the organization Daash the government complex in downtown Ramadi Anbar province, and carried the security authorities responsible for the security of collapse in the city, while Interior Ministry announced, for the security forces counter-attack to recover the areas dominated by the organization Daash in Ramadi with support from coalition aircraft. The organization Daash controls large areas of Anbar, Since more than a year, and that the security forces and tribesmen are trying to address it.