Do we become hostage to the International Monetary Fund?

Do we become hostage to the International Monetary Fund? 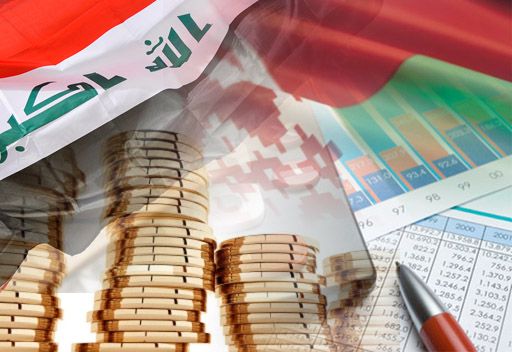 The International Monetary Fund is the central institution in the international monetary system – any international payments and currency exchange rates which allows commercial transactions between different countries system.

Among what the lending member countries with balance of payments problems,

Also, the fund focuses mainly on macro-economic policies of countries – any policies relating to the balance of the government, and cash management, credit and exchange rate – and the policies of the financial sector, including the organization of banks and other financial institutions and control, and in addition to that directs the International Monetary Fund enough attention to structural policies that affect on macroeconomic performance – including labor market policies that affect the behavior of employment and wages ..

There are many other tasks can not be mentioned now, but in the final sum means that nothing is free of charge, of course! Including the subordination of the dominant countries and Her Money economic and political influence in the world.

Many countries have signed, including the well-known Arab countries hostage to this ongoing undergo policies of the International Monetary Fund is pure never in the inner content although it appeared from the outside structure of the characteristics and attributes supportive of these bonded States that have not improved the disposition of its economic policies or political, or perhaps forced to fall in this (financial trap) in accordance with the intended plans by the great powers and Israel as well, so that the debtor countries become financially and economically, over time a hostage _ssayasa and economically _ that party’s international support, regardless of the positions of national and ideological and moral perhaps constants ..!

Appropriate speech is our fear of getting involved with this institution that is similar to deal with it, deal teenager with substance, to become later addict and held hostage to this treatment, which seems an emergency temporary fun at first glance, be turned into a disaster similar to the attachment and addiction to this numbness, especially when absent treatments and procedures ensure to reduce it in a timely manner ..

And appropriate speech is also the beginning of the government’s drive, it seems, for such (trap), where the Minister of Finance recently announced, obtain approval from the International Monetary Fund to provide emergency financial assistance within the government and Ministry of Finance plans to reduce public expenditure.

A statement by the Ministry of Finance, the “Zebari held several technical and detailed talks with the International Monetary Fund officials and official team Iraq in the fund to crystallize Help Fund for Iraq under the current financial crisis,” adding, “it was agreed that the Fund to provide emergency financial assistance within the government and the Ministry plans Finance to reduce public expenditure. ”

Iraq is suffering today, due to the absence of economic and financial policy of the country since 2003, and so far, passing problems, inter alia, problems in the balance of payments and the lack of liquidity, not because of the deterioration of oil prices, which have occurred in the last year, but because of the deterioration of the processors, plans and measures the current and future throughout 12 years of economic and financial administration failed, and the country’s dependence on oil imports mainly, without coming indicator to change this course, this means that the problem of Iraq and the need for this emergency assistance may continue, if oil prices remained volatile and low as they are on the same day, or perhaps increasing decline and downs, and this is what I mean, in the absence of a national economic policy that is serious and real rise in the country of the current impasse, we Sandman subordination to the fund over time, and will become our situation if many countries live on narcotic doses without hope or horizon glittery ..

For this we have to deal with caution and intelligence to overcome the current stage, which is difficult stage undoubtedly, as we have to prepare ourselves for the next stage, to promote agriculture and industry to build a real solid economy, instead of begging of this and that feels like a rickety wealth and riches and minds countries .. while the opposite is true , but without the will and plans and implementation so far .. unfortunately, and despite all this, there is no room for despair ever, people are investigating victories daily impressive monsters terrorism today on the battlefield, is able to achieve the building economically and politically in the country, if he had the real opportunities so .