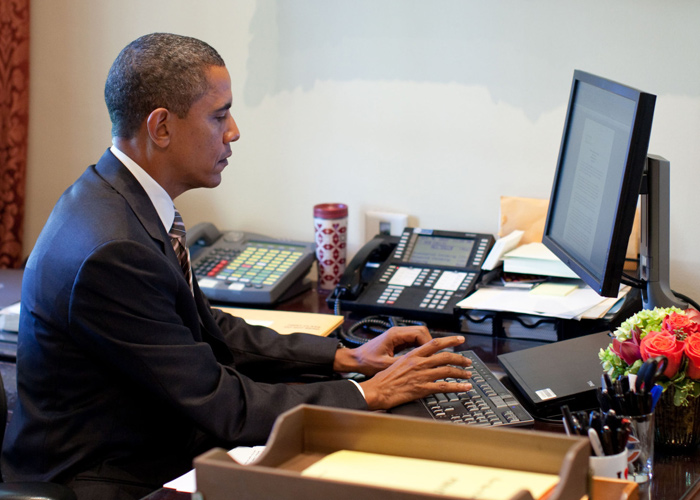 Enables IT pirates Rosa last year from reading the e-mails sent by US President Barack Obama and the other received, and after that Achteraqgua the electronic network is the secret to the White House.
The US officials acknowledged in early April obtaining ‘accident’ in the field of information security at the end of last year , but refused to confirm the authenticity of information reported that hackers Rosa stand behind these cyber-attacks. US officials said the science going on in this case the investigation, said the attack mail ‘was more intrusive and more cause for concern’, which has been recognized officially. According to US media sources, the pirates who also penetrated the information network is confidential US State Department, have succeeded in entering the archive e-mails to staff in the White House, President Obama is continuing with them on an ongoing basis. In this archive hacker was able to read the messages received by Obama and the other sent. It seems that the hackers did not penetrate the servers that control messages mobile phone to Obama and the White House confirmed that security had not been any secret network at risk. However, media sources reported that ‘officials have admitted that the system is confidential contain Always on the information that is considered highly sensitive, such as appointments and an exchange of letters with the ambassadors, diplomats and certainly political discussions’. She added that the number of messages that read pirates is unknown, noting that his account Postal not penetrate probably. She said ‘the fact that correspondence Obama among targets pirates -alven believed to be linked to the Russian political authorities that they were not working for Hsabha- was one of the results of the investigation, which is kept secret strongly them ‘. A senior official said that ‘existence after Rossi in itself cause for concern’.