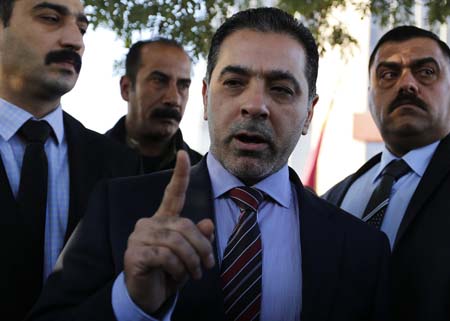 BAGHDAD / News
revealed Interior Minister Mohammed Ghaban, Monday, for the reasons the fact that prompted the Iraqi government to stop the military to liberate the city of Tikrit operations.
He Ghaban in a statement today inspecting military units near Tikrit, and I followed (news), that ‘military campaign to restore the city Tikrit, Salahuddin province, north of the country, stopped as a result of government’s efforts to reduce losses in the ranks of the security forces and civilians from the booby (mine) planted by the organization ‘Daash’.
It is said that the process stalled since last Friday, after it began two weeks ago to expel the organization ‘Daash ‘Tikrit, one of the major cities that had controlled the summer of last year.