Spiritual adviser: Iran and Iraq have returned empire with its capital

Spiritual adviser: Iran and Iraq have returned empire with its capital 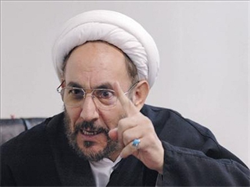 Iranian President’s Advisor for Religious Affairs and Minorities, said Ali Yonsei, said: Iran returned to put the Empire, as it were, throughout its history, adding that Iraq has become the capital of the Empire, the first statement of its kind by an Iranian official at this level.
the positions of the Iranian president’s advisor, Hassan Rohani , unprecedented, its clarity about the role of Iran in the region reported by the Iranian Students News Agency ‘ISNA’ him during his speech to the conference on identity held in the capital, Tehran, in which he said he was not Tehran has ambitions beyond its borders, but he pointed out that Iran is located in the heart of the area suitable for building a broad coalition extends to the Chinese border, north of the Indian sub-continent, and to the South Caucasus and the Persian Gulf.
He Yonsei by saying that Iran had since birth ’empire’, adding that the leaders in Iran were always looking to global leadership, adding that the whole world is part Iranian personal.
He added that ‘Iraq is not a part of the cultural influence, but also of our identity .. It is our capital today .. and this is irreversible because the geographical and cultural relations existing irrevocable, so either can live or we fight.’
alleged that his country would defend the peoples of the region against ‘Islamic extremism and atheism and the new Ottoman and Wahhabism’, as he put it.
comes Yonsei statements surprise days after accusing the Saudi foreign minister, Saud al-Faisal, Iran to dominate Iraq and intervention widely countries in the region.