Sources in the parliamentary commission of inquiry: the fall of al-Maliki easy Mosul

Sources in the parliamentary commission of inquiry: the fall of al-Maliki easy Mosul 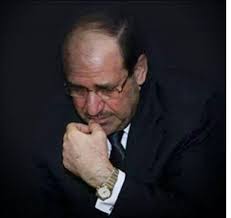 BAGHDAD / News – Iraq Ahmed
Sources in the Special fall of Mosul parliamentary investigation, however, the organization Daash, that the former Prime Minister and Vice President of the current president, Nouri al-Maliki, was involved facilitated the fall of the city last June, at the time called Anbar province, similar to the achievement of the fall maintaining, however, the organization
, the sources of information on ‘involvement Maliki facilitating the fall of Mosul, however, the organization Daash on the tenth of June.’
reported that ‘after the end of the cross-examination of 50 commander Army and members of the local government of Mosul, the new data reveal the cause Maliki drop Mosul appeared through orders issued by the army and federal police related to withdrawing from the border with Syria, and the right side of the connector ‘, noting that’ al-Maliki did not respond to calls for the army to enforce it additional Baktat cover Joy ‘.
The sources pointed out that ‘the Commission majority of its members concluded that as a result of one, is Maliki form factor helping to Daash intentionally or unintentionally. ”
The commission of inquiry has confirmed that al-Maliki will be the last convoked to investigate the reasons for the fall of the city, however Daash.
She explained the days that before ‘plot fall of Mosul, however, the organization Daash is not only military, but also political and administrative too, ‘likely’ involvement figures in local government ‘in the plot.
It added that it has’ a clear vision about the fall of Mosul, and that after hosting the members of the Council of Nineveh province, change the investigation there and became a vision of a second, that the conspiracy or the fall of Mosul, was not only a military conspiracy, but politically and administratively, too, ‘in reference to the involvement of people from the holders of power in Nineveh province in the fall of Mosul.
and instructed the head of the House of Representatives, Saleem al-Jubouri, an investigation to uncover the circumstances of the fall of Mosul, headed by the President of the Security and Defense Committee in Parliament, of quitting, and a number of deputies.
investigation Anbar
in the same context, called for political and tribal entities in Anbar province, the federal government and the House of Representatives to form a committee to achieve a professional uncover the circumstances of the fall of most of the cities of the province, however, the organization along the lines of investigation in the fall of Mosul.
These were those charges to the parties to a political party in Maliki’s government of conspiring with Daash and allow extremist organizations and entered into the province for political gain and described Baldikh.