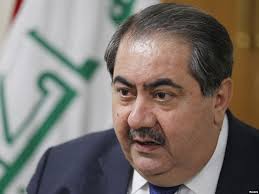 Approved the Finance Minister, Hoshyar Zebari, that Iraq has squandered $ 18 billion was in the Development Fund in 2013 as a result of mismanagement.
Zebari said in a press statement, seen by the (news) that: ‘Iraq has squandered what possessed of cash through face sharp decline in Oil prices, having had huge sums spent to cover the war against al-Daash cost, enabling him to impose a series of austerity measures. ”
He added that the ‘drop in world oil prices and the emergence of a threat Daash, aggravated it worse for Iraq’, recognizing that ‘in 2015 the current will be difficult, The ministry which will have to pay lists national expenditures month by month. ‘
saw Zebari, that ‘Iraq needs to restructure comprehensive of its economy, and to diversify sources of national income guarantee for new financial returns’, with the exception that “the current crisis in Iraq represents an opportunity to look in depth the reality of the case of the national economy, revealing weaknesses in the structure ‘.
He revealed that ‘the government is in talks with the International Monetary Fund to get two billion dollars in grants development to cover the cost projects in the sectors of electricity and agriculture.’
ruled to be ‘withdrawn amounts of central bank reserves amounting to 67 billion dollars, fearing the impact on the value of the dinar ‘, adding,’ but the government may consider borrowing from abroad. ‘
Zebari said the ‘main priority of the country is currently represented yet maintain the momentum of the face Daash, to secure liquidity for the disbursement of state employees totaling three million and 500 thousand people salaries ‘.
It was to be ‘public servants’ salaries the most important priority for the Ministry to ensure not to create a backlash against the government, because it is a problem if it is delayed even for five or ten days.’