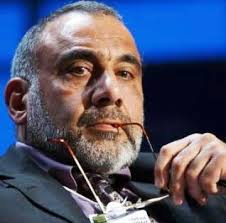 Survived the oil minister, Adel Abdul-Mahdi, of trying to media assassination at the hands of gangs in the ministry, a follower of former minister who is close to Maliki’s party.
A senior source in the ministry, in a press statement, seen by the (news), today, on condition of anonymity, said that : ‘the minister, Abdul-Mahdi, the detection of an attempt to Tsagath, legally deliberate, some general managers in the ministry. ”
The source, who works within the angel of coordinating committees in the ministry, that the ‘Minister’s Office officials, received petitions from some general managers in the ministry, asking the minister approve the huge sums of money exchange, to buy modern cars (armored) to them. ”
The source said that the ‘general managers are the followers of the former minister, Abdul Karim and coffee, a close associate of the Dawa party to which they belong. ”
He explained that ‘Abdul-Mahdi refused to sign on their applications, and ordered a committee to open an investigation the subject, and the purpose of the request, which is believed some of them as an attempt to provoke a new file corruption lawfully, and try to be exploited in the media for the assassination of Minister lawfully ‘, according to the source view.
He continued ‘the minister face one of its specialized committees to open an investigation the subject, which is currently being, in undeclared ‘, noting that’ is expected to be punishing those responsible for the command of managers, in order to avoid wasting public money on welfare managers and personal ends. ‘