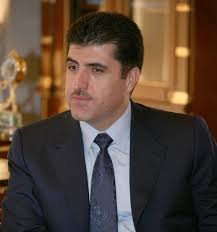 The President of the Kurdistan Regional Government, Nechirvan Barzani, the bankruptcy of the budget of the General Federation, noting that Baghdad had owns nearly $ 18 billion in DFI fund at the end of the year 2013, but now she does not have the billion and one, in addition to the negative consequences of falling oil prices, stressing that he does not know anything about who missed this huge amount.
Barzani said, in a press statement, seen by (News) today announced that: There is an undeniable fact, which is that Iraq does not have the financial liquidity, and going through a severe economic crisis.
In what respect to oil the recent agreement between Erbil and Baghdad, Barzani said: ‘Baghdad is working on making trouble, because it started since the first weeks of this year, declaring that the region has not committed to implementing the agreement, and did not send the region’s share of the federal budget. ”