Victims Maliki You clear them eliminate

Victims Maliki You clear them eliminate 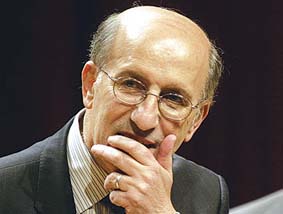 Recent events relating to the acquittal of politicians and renowned experts reveal charged in the era of former Prime Minister Nuri al-Maliki simply objected to some of its decisions, the judiciary was not politicized, but it bears the weight of the executive branch pressure which intervened in the judicial affairs openly and displays this power threats emptied independence.
As part of a review of the previous policy, the judiciary ruled the release of the Governor of the Central Bank of Iraq, and former Minister of Communications, prompting Bakanonaan and judges to say that there is ‘substantial interference and pressure was exerted on the judiciary’.
And refers to the judicial verdicts in absentia to more than five years, not gaining become final, but fired to force the defendant to appear before the Court.
A spokesman for the judiciary, Abdul Sattar Bayraktar, said: competent criminal court to consider the fairness issues in Rusafa ruled the release of the former central bank governor, Sinan al-Shabibi, and former Minister of Communications, Mohammed Tawfiq Allawi, attributing the reason for this is to ‘lack of evidence’ .
He added that ‘there were provisions in absentia previously issued against the central bank governor and minister of ex-communication’, adding that ‘Shabibi Allawi surrendered to justice before a period, and then were released on bail pending the resolution of the lawsuit that article governed by the subject to ensure’.
Intervention and judgment
As the judge and former minister Wael Abdul Latif, the ‘stressed political interference and great pressure was exerted on the judiciary’, adding that ‘before more than 100 days from now they all authorities in the country are managed by policy’, in reference to the previous government control powers The tasks and work authorities and independent bodies.
And he stopped Abdul Latif said ‘Head Office of Financial Supervision Abdul Basit Turki served as Governor of the Central Bank, succeeding Hbibi, and this is contrary to the legal central bank and financial control, where there may be a combination of regulatory and executive branches of government.’
For his part, explained the legal expert Tariq Harb ‘default judgment issued by the courts, re-examined him and is listening to the testimony of the accused and then issue a decision against him.’
The resignation of the charge
Allawi was resigned in August 2012 past on the back of the existence of suspicions in Mali corrupted files affected his ministry and the attempts by some communications pass shady deals companies, which was denied, attributing to resign to ‘political interference’ impede the work of the ministry, noting that al-Maliki ‘refusal to achieve the conditions relating to political interventions in the ministry ‘, also was sentenced to seven years in jail in absentia against the former minister of communications, as well as, the judiciary issued in September jailed for seven years against the former central bank governor.
The issue of the dismissal of the governor of the Central Bank of Iraq, international reactions mixed has been met since called the American ambassador in Iraq at the time Stephen Beecroft to ‘transparent investigation in this case as it represents the great importance of the Iraqi economy’, as the World Bank stressed the ‘need for a transparent investigation in this case ‘.