Algeria withdraw its ambassador from Iraq, fearing for his life

Algeria withdraw its ambassador from Iraq, fearing for his life 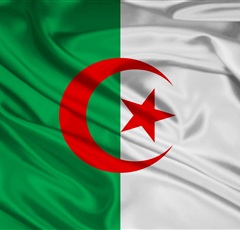 Pulled the Algerian foreign ministry ambassador in the Iraqi capital Baghdad, Abdul Qadir bin man-hours because of the security situation taking place in the capital, so as a precautionary measure and to avoid any undesirable consequences for security developments.
The site said ‘Sunrise Online’ on Saturday evening, the Iraqi authorities have not commented on the step Algerian counterpart.

The Web site, citing sources, said the Foreign Ambassador temporarily withdrawn because of deteriorating security situation there, and after a year and a half of the return of the Algerian diplomatic representation in Iraq to send ambassador after years of formal diplomatic representation following the abduction and murder of two Algerian diplomats in 2005.