Sources: Abadi asked support from the US ambassador to keep al-Maliki or imprisonment of corruption cases

Issue Alwani interact .. Sources: Abadi asked support from the US ambassador to keep al-Maliki or imprisonment of corruption cases 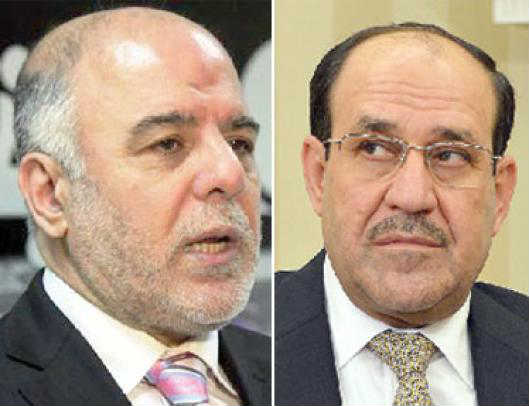 I learned ‘news agency’ of reliable Iraqi sources that Iraqi Prime Minister Haider al-Abadi complained to the US ambassador in Iraq, Stuart Jones from his predecessor, Nuri al-Maliki’s attempts to topple the government and undermine the war against ‘Daash’.
She explained close Abadi Office sources told the ‘News Agency’ The Abadi said the US ambassador to al-Maliki took advantage of his influence in the Iraqi judiciary to issue a rule execution of former Iraqi MP Ahmed al-Alwani Anbar province.
The sources confirmed that al-Abadi assured the US ambassador that al-Maliki’s influence within the judiciary has become a real threat to the political process in Iraq, pointing out that he (Abadi) Contact the judiciary, one day before the issuance of a decision the death penalty against al-Alwani and asked them to defer action on the judgment, which could undermine efforts government to fight the ‘Daash’, especially if clan Alboalon which belongs former MP is one of the big clans anti Daash and participation in the war against terrorism in Anbar.
She explained the same sources who declined to give her name said Abadi request the full political support of the US ambassador to open the files of corruption against al-Maliki in order to circumscribe and minimized as a prelude to his imprisonment or forced out for Iraq.
The al-Maliki began his failure to obtain the support of the political blocs to continue in office for a third term, visits to the provinces of the Shiite, and began firing political statements embarrass Abadi and method of administration of the rule, the most recent statement on the budget and disbursements popular crowd, as well as the question of oil to the Convention between the Government of Baghdad and the Kurdistan region, which on the basis of which is the amount of half a billion dollars disbursed to staff salaries region .

It is known that al-Maliki have a great deal of influence within the Iraqi judiciary, particularly the direct impact on the head of the judiciary Medhat al-Mahmoud, as well as other judges were told that they were acting under orders Maliki in issuing arrest warrants against his political opponents.