The Washington Post: Maliki appointed partner in corruption central bank governor, the news is not encouraging 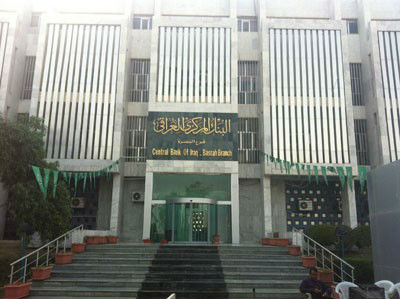 The big questions in Iraq
David Ignatius / journalist and novelist, an associate editor and columnist for the newspaper ‘The Washington Post’. Wrote eight novels, including the body of lies.
While America is progressing in the third war in Iraq over the past quarter century, it is important that the mental reference to assess whether the US strategy can achieve success in Iraq or not. At that moment, it is difficult to be optimistic because of the continuing corruption and sectarianism in Iraq.
It seems the basic strategic framework for President Obama right in theory. Obama said in Beijing on the following: «who will fight for our children are not. Ultimately the responsibility falls on the Iraqis to fight Daash and ensure their security. »
While President Obama reiterated the US pledge to abide «helping Iraqis to help themselves», America announced that it will add another 1 500 troops as advisers in Iraq, which means almost doubling the US force there.
How can the United States avoid a repeat of past mistakes?
In search of an answer to this question, I spoke this week with Stuart Bowen, the former US inspector for Iraq reconstruction, who has his office in the audit repeated cases of corruption and mismanagement in the previous failure of Iraq. It has helped me in the preparation of a paper assessing the current efforts. To understand how things have become worse in Iraq after the US-led invasion in March 2003. The latter can read the report prepared by Bowen in 2013 and who holds the title of «learning from Iraq». The only appreciated about 40 per cent of the projects sponsored by the United States and the audit which includes significant shortcomings.
Here, there is a strange reminder about how to get out of Iraq expenditures out of control; where Bowen writes that in 2003 and 2004. The United States handed over to Iraq more than $ 10 billion in cash -hsalt from oil revenues frozen Arac- was in «bundles of paper currencies of $ 100 category form». Bowen notes that «these funds have not been managed well.» May have been looted and many of those funds.
Bowen says in the description of the Iraqi Central Bank: «The US reconstruction program reinforced unintentionally (political favoritism triangle), which includes political parties, government officials and sectarian groups. This axis killer urged on terror and corruption that has poisoned the country. »
In short, there lies the challenge; Over the past decade ruined Iraq and corruption and sectarian violence. And should any American effort given away to re-build a strong Iraqi army -akon able to defeat extremists Alaslamyin- address those issues. And again, Obama was right when he insisted on dropping Nuri al-Maliki, the prime minister of sectarian as a condition for providing military aid. But what do we do now?
How to handle the Iraqi Prime Minister Haider al-Abadi, who succeeded al-Maliki and the US enjoys the support, with the key issues in order to clean and less sectarian government? We have begun a slow start. As can be seen from the following:
Corruption: Iraq can not succeed militarily or economically without reducing the corruption that marked the reign of al-Maliki. According to the findings of Bowen in his report, the money laundering through the Central Bank resulted in losses valued at more than $ 100 billion over the past 10 years has been a lot of that money leaking to banks in Dubai and Beirut. The appointment on the Keywords newly governor of the Central Bank of the news is not encouraging; Alak was Secretary General of the Council of Ministers in the reign of al-Maliki was concerned with overseeing the government contracting.
Sectarianism: Maliki took advantage of the government to punish the Sunni majority in Iraq, prompting them to extremism. The Abadi has talked about ending the sectarian police state, but the nomination of Mohammed Salem Ghaban to serve as Minister of the Interior, the Badr Brigade, which is seen as much of the year as the official Shiite death squad. Sunnis fear that Ghaban receives orders from Hadi al-Ameri, the corps commander.
Military training: the Iraqi army collapsed, which the United States invaded trained when organizing Daash Mosul in the month of June. And now reaches new instructors from the United States and other countries for rebuilding the army. But be careful; where the United States has spent more than $ 20 billion to train Iraqi security forces in the period between 2005 – 2011. The Pentagon planners need to ask: What will seem different this time?
Communicate with the Kurds: In order to win the support of the Kurds, should Abadi implement what he had promised the Iraqi Constitution to allocate 17 per cent of the national budget for the Kurdistan; it also must pass a new law to guarantee the sharing of oil revenues. Since the month of January (January) did not receive the Kurds dinars and one of the budget, which promised allocations.

Regional communication: In order to re-build trust with the year, should work in collaboration with Abadi neighboring Gulf states, not just Iran. The participation of the Arabs as a two-way street; where should Abadi travel to Riyadh and other Gulf capitals, and Saudi Arabia and other reciprocity. Iraq could take the lead against al Daash only if the state has become more inclusive (and decentralization as well). Obama is a logical strategy in theory, but can not operate without effective measures to prevent corruption and sectarianism.