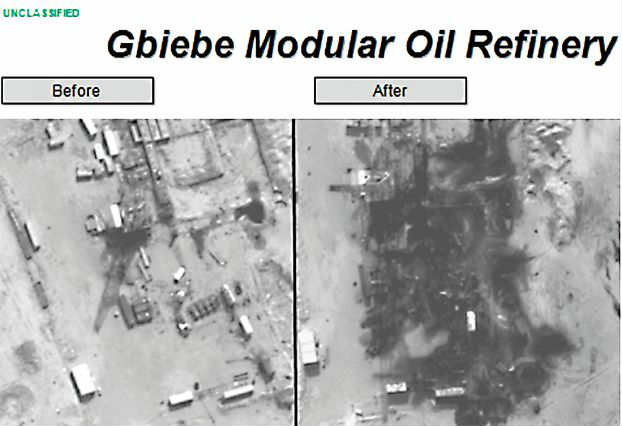 Distributed Pentagon (the Pentagon) on the image and the media, she appears damage inflicted upon the raids of the international coalition against terrorism, oil refinery in Syria is controlled by regulating the so-called Islamic State (Daash).
The US military sources said that the Arab coalition – the international air strikes focused on drying arteries oil and financial regulation ‘Daash’ in Syria, noting that coalition aircraft bombed several oil refineries constitute the most prominent sources of fiscal revenue for the organization.

The spokesman for the Department of Defense, Admiral John Kirby said in remarks seen by the ‘News Agency’ that fighter Saudi Arabia and UAE participated heavily in the last plagues against sites «Daash», pointing out that ten fighters of the two Arab countries raided accompanied by six fighter jets American oil refineries under the control of the organization and that eighty percent of the bombing carried out by fighters Saudi Arabia and the UAE.