After leaks about his candidacy .. Maliki seeks to enter the Ministry of Defense of the box Hassani!

After leaks about his candidacy .. Maliki seeks to enter the Ministry of Defense of the box Hassani! 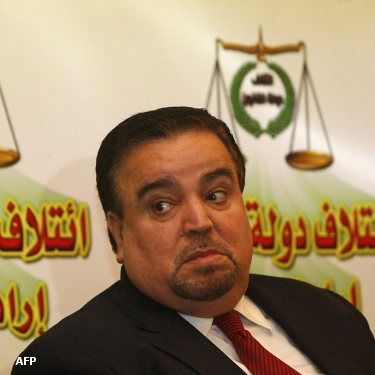 News Agency learned from sources familiar with the negotiations, the nomination of the ministers of defense and interior, the National Alliance is moving to provide the name of MP for the coalition of state law in the previous parliamentary session Hassani to the post of defense minister.
The sources pointed out on Sunday that the leaders of the State of Law coalition led by former Prime Minister Nuri al-Maliki, in coordination with the leaders of the Iraqi forces inside the alliance seeks to nominate former MP for the rule of law Hassani (calculated on the Sunni component) for the post of defense minister.
The sources confirmed that some of the stakeholders in the alliance Iraqi forces rejected the nomination altogether and considered it an attempt by the leader of the coalition of state law to continue to dominate the Department of Defense through the al-Hassani al-Maliki, who was appointed at the beginning of the previous parliamentary session officially speaking in his name.
She pointed out that the nomination of a personal pro-Hassani owners do not differ from personal and former Defense Minister Saadoun al-Dulaimi (calculated on the component also Sunni) and who was one of the symbols of the security failure witnessed in Iraq in the previous phase, especially in the Sunni provinces.
The sources pointed out that the National Alliance, along with some Sunni leaders are going to commit a grave error in the event of passing this nomination, which will repeat the previous failures in the management of the security file may lead to adverse consequences for the implementation of the International Strategy for the Elimination of organizing the so-called Islamic State (Daash) in Iraq.

It is said that Hassani failed to get a parliamentary seat after collecting a few hundred votes in the legislative elections that took place at the end of the month of April last year.