Karbouli: Block the solution will not be a false witness to the political process

Karbouli: Block the solution will not be a false witness to the political process 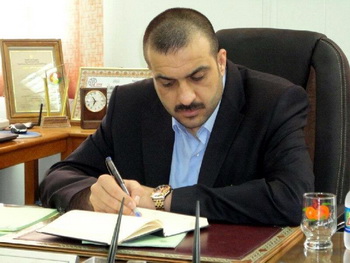 MP from the parliamentary bloc Mohammed Karbouli solution, today (Thursday, September 11 / September 2014), that the bloc would lift a lawsuit challenging the constitutionality of the voting session to give confidence to the Government of Abadi.
Karbouli said in a press statement, said that the bloc Stphath ‘Presidency of the Council of Representatives to provide the bloc with a CD of the voting session, for the purpose of providing the details of the complaint to the Federal Court, and in particular with regard to the availability of a quorum to hold the meeting and questioned for some of the candidates within the cab of government on the votes needed for the nomination’ .
The Karbouli that block solution parliamentary ‘refuses to be a false witness to a political process beginning incorrect, and the formation of a government full of irregularities unconstitutional, in a time when the bloc aspires to be the Constitution is the framework within which culminates in new construction for Democratic Action in Iraq’.