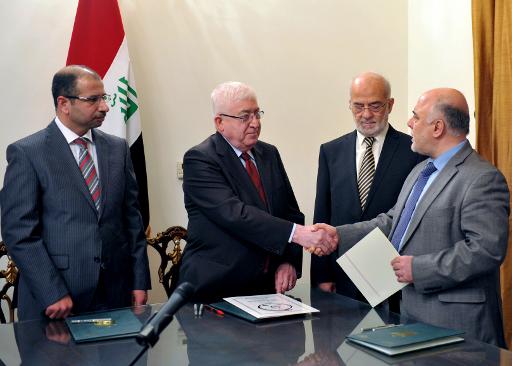 A source in the presidency of the Iraqi parliament Matnqlth some news agencies of the Presidency of the Council of Representatives decided to determine tomorrow (Monday, 8 September / September 2014) as the date for the convening of a session of parliament to vote on the new government headed by Haidar al-Abadi.
A parliamentary source said in a statement to the news agency that the appointment came at eight in the evening to give some of the parties additional time to determine its position on whether or not to participate in the next government, stressing that many of the parties has not been resolved Movgaha of the next government so far.
For his part, leader of the National Alliance on condition of anonymity that the parties still have several notes on the government curriculum.
In response to a question about the news of what the names of these parties, the source confirmed that if all parties have the Notes, including the National Alliance (the largest bloc in parliament).