Negotiating paper to form a government .. incomplete and did not offer any candidate yet

Negotiating paper to form a government .. incomplete and did not offer any candidate yet 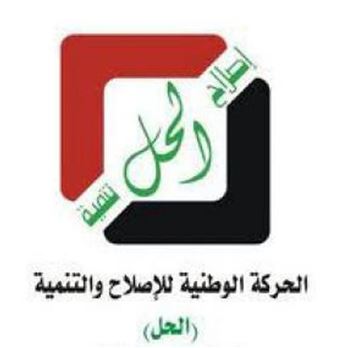 An official source in the block solution internalized in the alliance forces, Iraqi negotiating paper for the formation of the upcoming Iraqi government is still incomplete, and stressed that the bloc did not provide any candidate of the next government so far.
The source said in a statement to the news agency today (Thursday 4 September / September 2014) that the negotiating paper still lacks a real solution to the three important files first cancellation of the accountability and justice and converted to file a court, and the second the adoption of the amnesty law to end the suffering of thousands of detainees in Iraqi prisons who have been arrested in accordance with Article 4 / notorious terrorism, as well as a third file a grant component of the Sunni percentage of their weight within the national ministries and government institutions, especially ones of the security ministries.
In response to a question, the representative of the agency that the mass of the solution began to submit the names of candidates for the next government, the source confirmed that the bloc did not discuss the issue of sending the name of any candidate so far, because of the sense of the negotiating paper is incomplete and needed to pass the opposite end of the need to implement three demands.
He said that the bloc believes that the recognition of the need to implement these demands will provide political atmosphere positive at the national level and regional level, and questioned the source at the conclusion of his statement by saying: Is it possible to be a percentage of the Sunni component in the Ministry of Defence for not more than 4%, or that the ratio of this component in the Ministry of the Interior not more than 2%?

Press reports had indicated yesterday that the coalition forces to the Iraqi nominated by the Secretary General of the block solution Jamal Karbouli for the post of deputy prime minister in the next government.