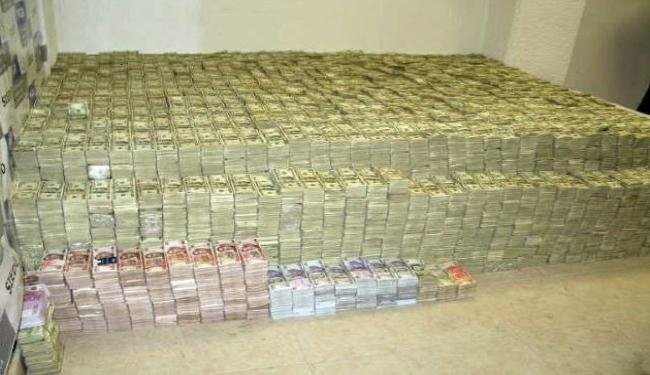 According to government sources in Anbar province that regulate the so-called Islamic State (Daash) began stealing money in banks Fallujah.
The sources said that the elements Daash started since yesterday (Tuesday 2 September / September 2014) on Wednesday of stealing a number of banks, including Bank of blather (Abed) and Rafidain Bank and Bank of Baghdad and Investment Bank and Gulf Bank.
The researcher said in the affairs of the armed groups in Iraq Hisham al-Hashemi, the sum of the amounts that were stolen from banks Fallujah estimated 90 billion Iraqi dinars, pointing out that the elements Daash transferring it since early morning to an unknown destination.

Hashemi did not rule on the subject published on the social networking site (Facebook) and I followed ‘news agency’ to be Daash organization has decided to leave the city of Fallujah after growing pressure the American military and the Iraqi on several fronts.