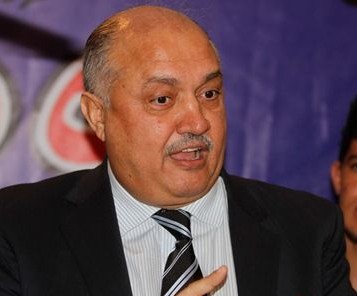 Detection of the Iraqi political and former MP Mishan al-Jubouri, from what he called the names of ministers from coalition forces candidates for the next Iraqi government.
Jubouri said in his page on the social networking site (Facebook) today (Thursday September 4, 2014) and I followed ‘news agency’ that he got the names of the ministers who hand-picked Prime Minister-designate Haider Abadi candidates alliance Iraqi forces to gain ministerial positions.
He added that the Cabinet candidates are: from Anbar province, Deputy Prime Minister Saleh al-Mutlaq, and internal Jaber al-Dulaimi, and electricity Salman Jumaili, industry Qassim Fahdawi, planning Mustafa al-Hiti, and Nineveh cultivation Falah Zaidan, and Diyala for Parliamentary Affairs Salah al-Jubouri, and Salah al-Din Qutaiba al-Jubouri, the environment .
Was not possible to verify the validity of the names cited by al-Jubouri, but the mass of the solution were part of the alliance Iraqi forces had announced at dawn today rejected the paper negotiating to form a government, which it described as ‘incomplete’, stressing on the tongue of a leading exporter where the bloc so far not provided the name of any candidate for a position in the next Iraqi government.