Alliance forces: Today we will give our candidates to fill the 11 ministries and cab be approved Wednesday

Alliance forces: Today we will give our candidates to fill the 11 ministries and cab be approved Wednesday 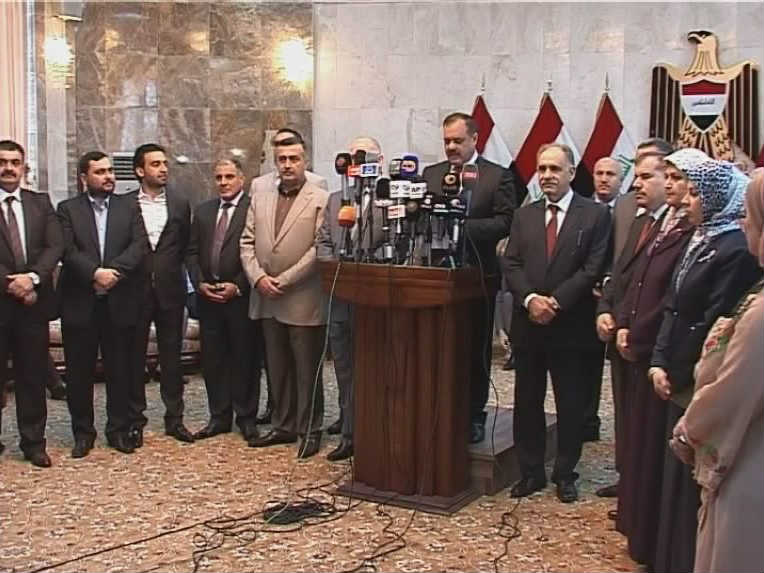 Iraqi forces announced the alliance that he would today (Monday, 1 September / September 2014) the names of candidates to fill about eleven ministry dedicated to the coalition forces in Iraq.
He predicted the coalition said in a statement issued today, and received a ‘news agency a copy of it to offer a full ministry of the House next Wednesday.
The alliance said in his statement that in ‘the midst of the political movement intensive formation of the new government, it has been the focus of the alliance in the first place on the completion of the national program overall national partnership government, has been to complete the program and is awaiting the final touches to be signed by the alliances key’.
The statement that ‘political agreement Mabrak met a lot of the rights and demands of the provinces Almentvdh According to the national vision of political reform, which need to be baptized of commitment and true partnership that meets the will of the citizens’.

And seal the coalition statement Balqo: ‘The coalition united for reform finds that a historic opportunity looming in front of the Iraqis to change and achieve prosperity and a secure future amid international attention is unprecedented that could lead to the achievement of significant achievements in terms of the fight against terrorism and eliminate it, and the face of sectarian militias challenging national unity, as well as achievements in other areas important economic, cultural and service, and is an important advancement in Iraq to a level befitting its history and civilization ‘.