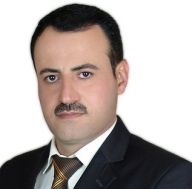 Baghdad (news) .. The MP said the mass change Parliamentary Secretary Baker, that Iraq is on the verge of a major political crisis in the event of the continuation of the current situation for what it is, calling on Prime Minister outgoing Nuri al-Maliki to bow to the status quo and the wills of both domestic and international. explained Bakr in a statement received by the Agency (news): that ‘the Iraqi scene worsen more in the case of the survival of the current political situation as it is and Maliki’s refusal to hand over power to the prime minister-designate Haider al-Abadi, both say that their legitimacy is based on the Constitution, despite the fact that the Constitution and one of its articles and paragraphs of clear impeccable it ‘. added: that ‘the only loser of this situation intractable is the Iraqi citizen, especially in light of the deteriorating security situation and the wave of terrorism that eat everything and everybody, and the way the solution is not easy, and the more we thought we came close to the end of the crisis, issued a statement or a letter from al-Maliki to return to the case to scratch. ‘ and continued: ‘the only exit from the current crisis is caving Maliki is reality and the wills of both domestic and international, so that does not make himself a major cause of the crisis of unsafe consequences, and in order to finish his term end of the good and leave the field to the other to form a cab government’. /anthy/h.v/