Husseini: will be announced at the National Alliance candidate for prime minister in the coming days

Husseini: will be announced at the National Alliance candidate for prime minister in the coming days 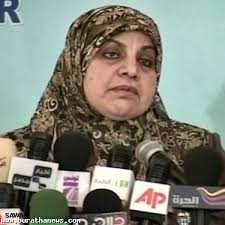 Baghdad _ news) .. confirmed the MP for the coalition of citizen Hamdiya Husseini on it in the coming days will be declared the National Alliance candidate for the presidency of Ministers after discussion with all the political blocs and the communities that fall under the tent of the National Alliance. indicated MP Husseini said in a statement released by her office the media: that he must The Thoudy this personal admissibility of social, political and even regional order to get Iraq out of this crisis, which has tired of the people of all factions, and in all his joints, economic, political, social, and upon completion of the formation of the elected government will be addressing all the things that have direct contact with the lives of Iraqi citizens and the responsibility rests with the Every Iraqi jealous he was elected. continued: As everyone overlooked the spirit of ego and put the public interest on personal interest and taking into consideration that we have come to this nation and to serve him because he Aani of injustice and oppression throughout the past decades. / End