Attorney-Maliki: document leaked to the media the existence of mass larger than the state of law forged

Attorney-Maliki: document leaked to the media the existence of mass larger than the state of law forged 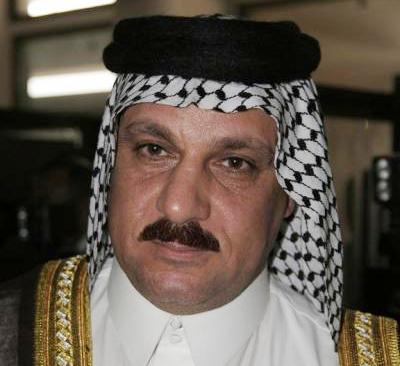 Baghdad (news) .. A member of the State of Law Coalition MP Abdul Salam al-Maliki, said the state law is the biggest bloc in parliament and as interpreted by the Federal Court in 2010, indicating that the document, which was leaked to the media about the biggest bloc is the National Alliance, which claimed promoters it delivered to the President of the Age Mehdi al-Hafez is a forged document and untrue to her. Maliki said in a statement received by the Agency (news): The ‘Federal Court’s interpretation of the mass of the largest parliament in 2010 was clear and does not accept exegesis, where the cluster, which enters the first meeting before the election of the Speaker be the the biggest bloc in parliament unless the presentation of the book to the President of Parliament the existence of a new alliance of several blocks carrying a number of Nawab Akbar from the rest of the blocks. ‘ and added that ‘the rule of law entered the first session in its entirety, the 95 bar session exists and could be seen by the Federal Court, as the prime National Alliance, Ibrahim al-Jaafari did not submit a letter to the Speaker of Parliament, stating that the biggest bloc is the National Alliance, especially we are the largest components of the alliance thus Flaimkn provide such a paper without our knowledge or our consent it. ‘ and added that ‘the rule of law still sticking to the recommendations of the reference the need to speed up the formation of a national government All of the Iraqi people as we are committed to the national principles that built on the basis of the National Alliance bloc national keen on the unity of Iraq, land and people and the Guardian ‘. Maliki said that ‘the rule of law are the biggest bloc, she is the author of Merit nomination of the prime minister for the next government, as the candidate announced him repeatedly which Nuri al-Maliki and the blocks remaining to respect the decision of the Iraqi people and our decision as we respect their decisions when asked the names of their candidates for the chair of the Parliament and of the Republic. ” He said ‘document, which covered some of the media about the biggest bloc is the National Alliance, which claimed promoters that it was delivered to the President of the Age Mahdi Hafiz in the first session is a forged document in an attempt by some parties to shuffle papers and robbed the legal and constitutional right which is not going to allow it because it represents a coup against the constitution and the wishes of the street ‘. / End